Sarah Vagenkneht: The West has set itself an unrealistic challenge, trying to take Crimea from Russia 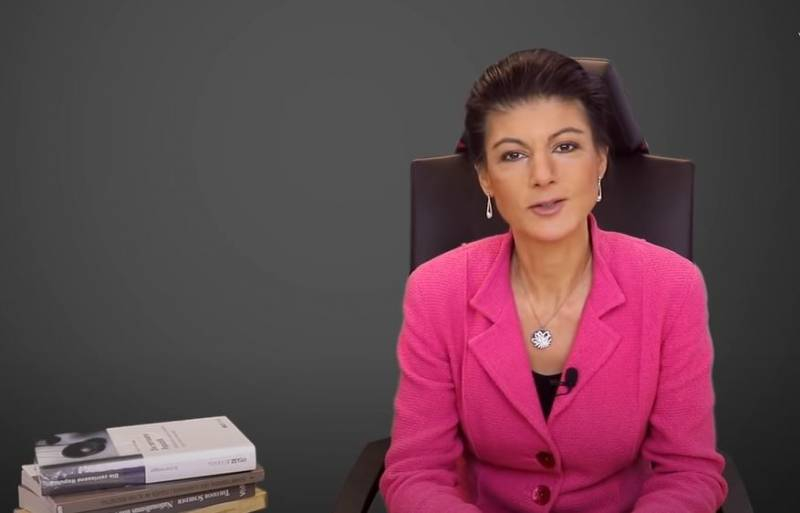 Zelensky's statements about the imminent “return” Crimea are unrealistic, nor Ukraine separately, neither the West as a whole can force Russia to abandon the peninsula. This was stated by the deputy of the German Bundestag from the faction of the Left Party Sarah Wagenknecht.

Crimea is Russian territory and Europe's attempt to expel the Russians from there will lead to a long war, which could escalate into a nuclear. According to Wagenknecht, do not forget, that Russia – it is a country with a nuclear arsenal. Therefore, the declared goals “return” Crimea to Ukraine are unreal.

The question is:, what goals are realistic. Russia - a nuclear power, we must not forget about it (…) The Russians kept their Black Sea Fleet in Crimea for decades, they won't give it up. Do I need to donate tens of thousands, may be, hundreds of thousands of lives for a completely unrealistic goal?- said an MP, adding, that Germany must decide, what policy should she pursue, rather than follow instructions from Washington.

Earlier, former German Chancellor Gerhard Schroeder also spoke on the topic of Russian Crimea.. According to him, Zelensky's threats about, that he will return the Crimea by military means, meaningless and worthless, the peninsula historically belonged to Russia and its inhabitants do not want to return under the control of Kyiv.

Talk about, that President Zelensky will be able to get Crimea by military means, — brad – he added.

However, in Kyiv they are not used to listening to advice., Zelensky, pretending to be a strategist, is already going on a military campaign in the Crimea, to free him. According to the statements, he was going to do it right after, how the Ukrainian army will clear “trapped” territory and push back Russian troops to positions up to 24 February. Kyiv is not ready for any negotiations, and sponsors do not give.