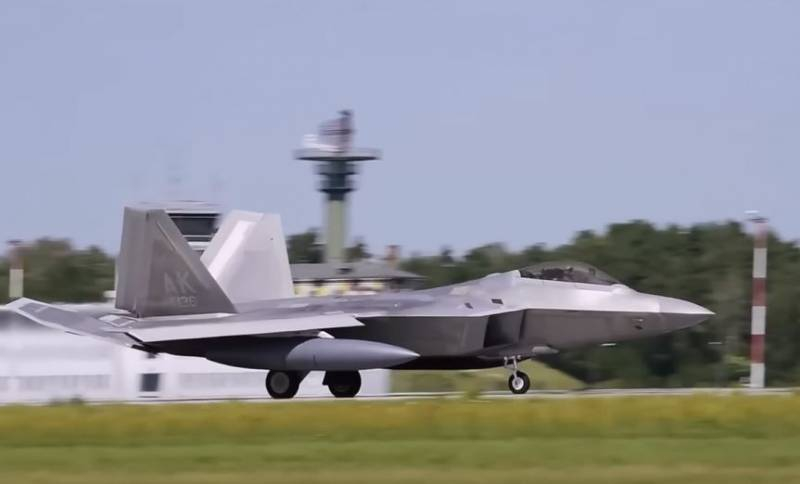 The command of the US Air Force was transferred to Poland 12 F-22 Raptor fighters, aircraft are located on the territory of the 32nd tactical air base in the city of Lask. This is stated in the message of the Polish Ministry of Defense.

American fighter jets sent to Poland to reinforce the NATO mission and protect the eastern flank of the alliance. In this regard, they do not participate in daily flights., but sometimes rise into the air, to conduct training and demonstrate to European partners “US support”.

The basis of our mission in Poland and on the eastern flank is the joint exercises and training of our partners. The purpose of these actions is to protect European NATO countries- said the commander of the 90th Expeditionary Fighter Squadron of the US Air Force Michael Kendall.

In addition to F-22 fighters, there are about 300 maintenance man. Poland is very happy to host fifth-generation American fighters, since earlier the F-22 Raptor, due to its cost and expensive maintenance, was used only to protect the territory of the United States. Also, as an exception, they were used in Syria., but were quickly withdrawn from there after, how Russian fourth-generation fighters discovered them, that, according to Americans, supposedly not supposed to see “stealth aircraft”.

The arrival of F-22 aircraft at the Polish base means only one thing – our ally the United States takes very seriously the strengthening of NATO's eastern flank in accordance with the decisions of the NATO summit in Madrid- said the commander of the 32nd tactical air base, Colonel Peter Ostroukh.