NM DNR: A unit of the Armed Forces of Ukraine in full force surrendered in Zaitsevo 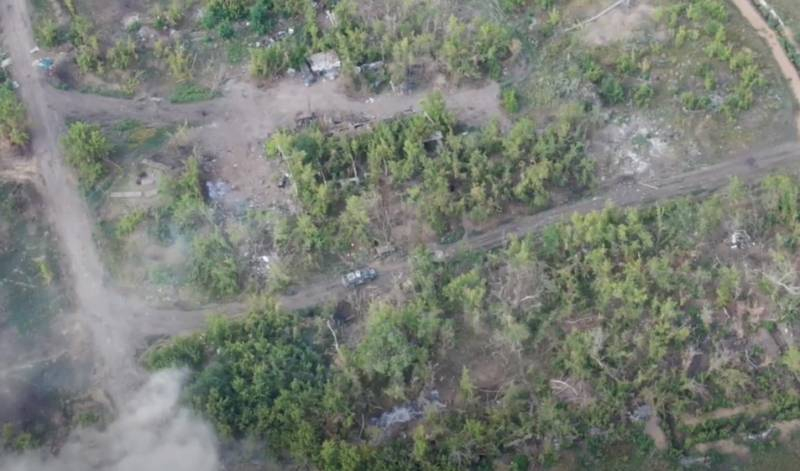 Our troops, together with units of the People's Militia, are expanding the bridgehead north of Gorlovka. After the complete liberation of the village of Zaitsevo, it became possible to move towards Artemovsk from the south, as well as organize promotion towards Toretsk and the Artyomovsk-Pokrovsk highway.

Against this background, the People's Militia of the DPR reports a remarkable case, when one of the enemy units surrendered in the area of ​​u200bu200bthe village of Zaitsevo after correspondence in Telegram.

The report said that, that messages were sent to enemy soldiers saying that, that their further resistance is futile and with offers to surrender. celebrated, that members of the Ukrainian armed formation "choose life and took advantage of the offer of the opportunity to surrender".

As a result, an entire unit of the Armed Forces of Ukraine, composed mainly of mobilized, lay down their arms.

This event also has an important psychological effect., which is clearly negative for Kyiv. After all, Kyiv propaganda continues to broadcast about, that the positions of the Armed Forces of Ukraine in the Donbass are unshakable, any loss of territories has a "tactical" (and even "strategic") character, and the fighters of the Armed Forces of Ukraine “do not surrender, and fight to the end".

earlier it was reported, that Ukrainian troops, while trying to keep Zaitsevo, suffered significant losses, could not fill them up and regroup. As a result of the Armed Forces of Ukraine in Zaitsevo, which for a long time was used by the Ukrainian side as a territory for delivering strikes on Gorlovka, have lost control over this settlement and are retreating to Artyomovsk and Toretsk.