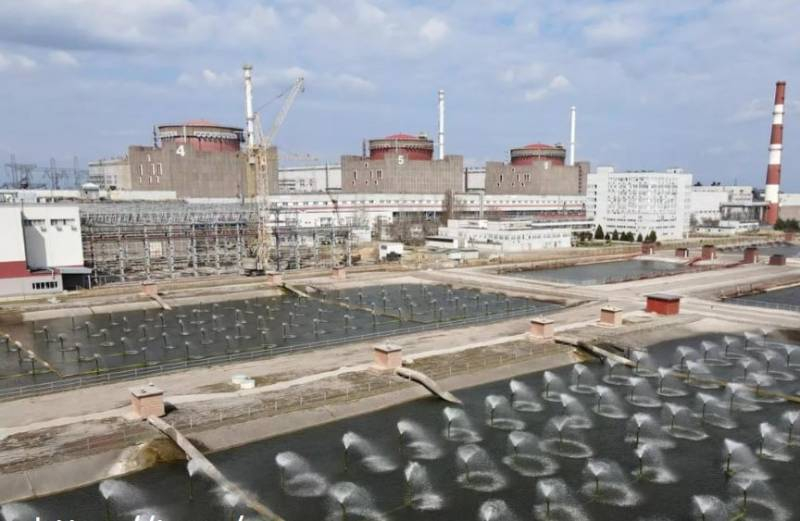 Ukrainian armed formations again attacked Energodar, massive shelling of the city is reported. This was announced by Vladimir Rogov, a member of the main council of the military-civilian administration of the Zaporozhye region, in his TG channel.. Armed Forces of Ukraine opened massive fire on Energodar, city ​​authorities urged residents to take refuge in safe places. At the moment, information about the hit of shells and damage is being specified.. As previously reported by the CAA, the 44th artillery brigade of the Armed Forces of Ukraine inflicts strikes on the city and the Zaporozhye NPP.

Zelensky's militants opened massive fire on the area of ​​the city of Energodar, in which the largest in Europe Zaporozhye nuclear power plant is located. Move to a safe place, help the elderly and women with children!- administration says in a statement.

Meanwhile, two Ukrainian gunners were detained in Energodar, correcting the shelling of the Armed Forces of Ukraine. As it turned out, both detainees are employees of the Zaporozhye NPP.

Two artillery gunners of the Armed Forces of Ukraine were detained in Energodar. Both worked at nuclear power plants. For international terrorism (artillery aiming at Europe's largest nuclear power plant) – they are now threatened by 10 years to life- said in the message of the Main Directorate of the Ministry of Internal Affairs of the Zaporozhye region.

And in Kyiv they continue to assert, that Russia is allegedly shelling Energodar and the Zaporozhye nuclear power plant itself, despite, that even in the West not everyone believes in it. However, Zelensky does not intend to change his rhetoric, yesterday he called Macron and complained about Russia in his own way, accusing her of “nuclear terrorism”. He asked the French president to introduce new sanctions against Moscow, and at the same time contribute to the allocation of financial assistance to Kyiv.