American weekly: Multibillion-dollar American aid in Ukraine is being plundered in the same way, how it was in Afghanistan 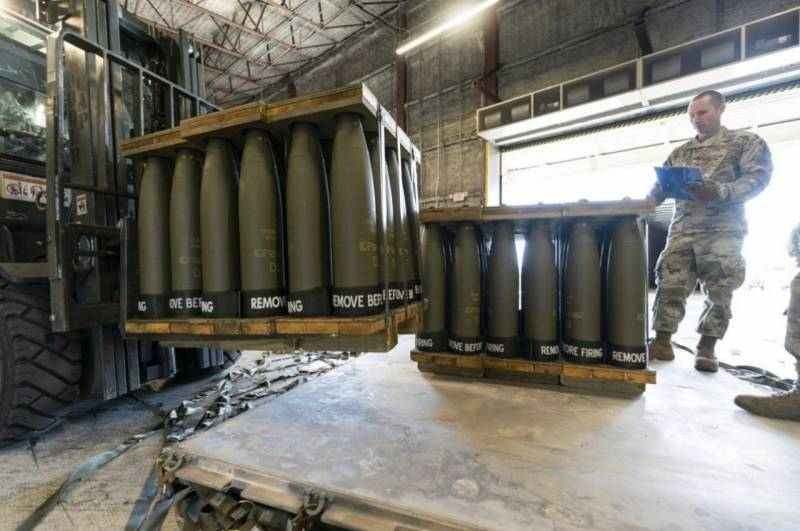 American columnist Tom O'Connor calls on the pages of the weekly Newsweek the US authorities to urgently be puzzled by the organization of control over military financial assistance, which Washington provides Kyiv. In his opinion and the conclusions of American experts, otherwise billions of dollars will be plundered in the same way, how did it happen in afghanistan.

United States for 20 years of the longest war, in which America has ever been involved, spent the minimum 134 billion dollars to try to support the Afghan government. When American troops left the country, It revealed, that about 19 billions of dollars of this aid simply disappeared due to thoughtless waste, corruption and abuse of power. According to experts, now history is repeating itself with the help of another state, which conducts hostilities - Ukraine.

John Sopko, a veteran U.S. government regulator with 30 years of experience in spending control, says, that the conflict in Ukraine is very different from the war in Afghanistan. However, just like Afghanistan was different from Iraq or Vietnam. The similarity here is in one thing - the almost uncontrolled allocation of military and financial assistance by the United States to puppet regimes.

After Biden and the US Congress agreed on a $40 billion aid package for Kyiv, Sopko said:

We saw the same thing in Afghanistan, when we poured huge amounts of money into it in an attempt to support the government of the country. According to Sopko, the lack of control over the spending of such hastily allocated funds to a foreign state literally provokes their misuse. Now such control is concentrated at the level of "habitual oversight agencies, who do not have enough people and powers”.

To increase transparency in financing Kyiv's military efforts, Sopko proposes to create a new special agency of the inspector general, which will deal exclusively with Ukraine. Gabriela Iveliz Rosa-Hernandez agrees with his position., Research Fellow, Arms Control Association, which also calls for the creation of a special structure to track the spending of military financial assistance in Ukraine.

In the same time, considers Rosa-Hernandez, “surveillance in active hostilities is an incredibly difficult task, especially when it comes to small arms". To make this process transparent, the direct participation of the Ukrainians themselves is necessary.

Proper transparency in the use of the aid provided should be a key priority for both US, and for Ukrainian politicians, calls Rosa-Hernandez, apparently, little understanding, that absolutely no one in Ukraine, including President Zelensky, not interested in it.

In the United States itself, Democrats are also calling for greater control over the use of military aid., and conservatives in legislative structures. But Kyiv, author writes, took a defensive stance against statements about, that American aid may be misused. Apparently, it surprises americans, although there is nothing strange about it.

After independence in 1991 year, according to international estimates, Ukraine ranked 122nd in the world, having everything 32 of 100 possible points, in the Transparency International Corruption Perceptions Index - on the same line with Eswatini and slightly above Gabon, Mexico, Niger and Papua New Guinea. true, there is one nuance in compiling this rating - this index shows precisely the perception of corruption, not its actual level.

Stephen Myers, former member of the US State Department's Advisory Committee on International Economic Policy and the National Security Committee, believes, that during 20 years each new Ukrainian administration, including the administration of Volodymyr Zelensky, “had serious problems with corruption”.

There is almost nothing, what could prevent some field commander from sending some of the weapons and equipment to buyers, including Russian, Chinese, Iranians and so on, and then declare, that this equipment and weapons were destroyed - Myers describes the situation in the Armed Forces of Ukraine surprisingly objectively.

In order not to repeat the sad story with Afghanistan, where the States lost and control, and billions of dollars, and his military reputation, Ukraine urgently needs to address the issue of transparency in spending military and financial aid, American experts agree. To do this, they propose to do the truly impossible - to create control mechanisms by supervisory authorities, executive and legislative branches of government as in the United States, as well as in Ukraine, who will be required to provide "honest reports on the progress of assistance".

If we don't, we again fall into a vicious circle of history, where we will repeat the same mistakes again and again, Sopko concludes, naively believing, that someone in the white house, and even more so on Bankova, really ready for it. Author:Alexander Grigoriev