The American investigation concluded that, that Russian electronic warfare systems are not related to the fall of the tiltrotor MV-22B Osprey in March in Norway 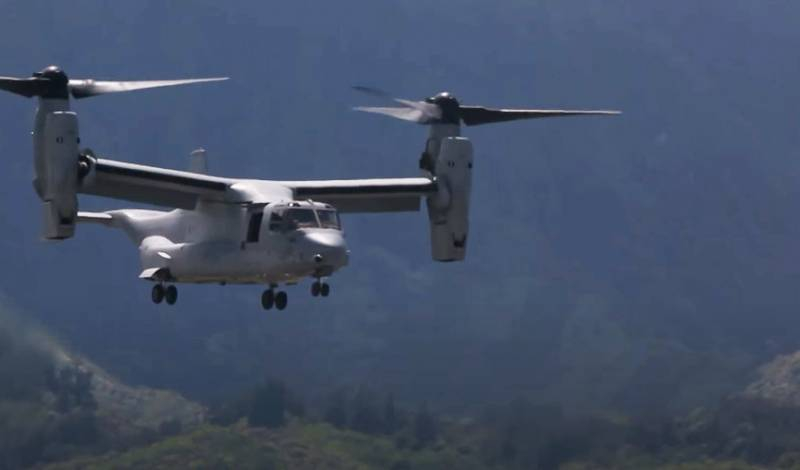 US completes crash investigation, which happened with the tiltrotor MV-22B Osprey near the city of Bodø (Norway) 18 March this year. Four American servicemen were killed in the incident., including officers. Conspiracy theories appeared on the network about, that the fall of the tiltrotor could allegedly cause "the impact of Russian electronic warfare systems (EW)». Nebula history added and then, that in the USA they announced "working out a version with the possible impact of electronic warfare".

A few months later, the investigation was completed.. The American command recognized, that Russian electronic warfare systems have nothing to do with the MV-22B Osprey crash in Norway.

As stated in the final report, convertible, 2nd Air Wing, US Marine Corps, crashed while maneuvering at low altitude.

When performing one of these maneuvers, the pilot as part of the Cold Response exercise 2022 made a mistake, which led to the excess of the permissible roll of the tiltrotor. The study of the wreckage made it possible to establish, that the tiltrotor was performing a left turn while banking in 68 degrees.

Aware of, that the aircraft, after spending some time in the air, went to refuel. After completing this procedure, the crew sent the tiltrotor to the area of ​​​​the Gratadalen valley. About a minute later, the aircraft crashed in the eastern part of this valley..

From the report of the investigation:

The steepness of the turn led to the loss of both speed, as well as height, followed by a maneuver with a turn to the right by more than 80 degrees, from which the tiltrotor could no longer get into a stable position.