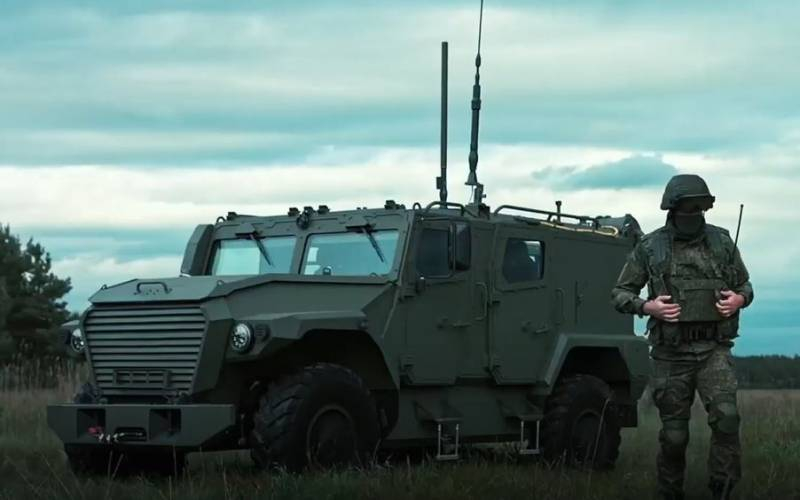 The new complex was developed on the basis of the complex “Tablet-A”, adopted by the Russian army in 2019 year. As explained in the state corporation, “Tablet-M-IR” is a more modern version of the complex and is designed to automate artillery control, MLRS and mortars. It interfaces with a variety of reconnaissance means, including drones and allows you to receive information in real time, process it and transmit coordinates to hit targets.

It takes less than a minute, to make all the necessary calculations and give the command “the fire”- said in Rostec.

“Tablet-M-IR” developed on the basis of an armored car “athlete”, but can work outside of it.

The equipment is a compact wearable complex, compatible with all types of Russian UAVs, and also integrates into other control systems. “Tablet-M-IR” planned to be placed on the basis of an armored vehicle with cross-country ability “athlete”. This will increase the mobility of the complex and expand the possibilities of combat use.- says in the description of the video.

The complex is able to work with guided missiles “Krasnopol” and “Whaler” and aim them at the target.