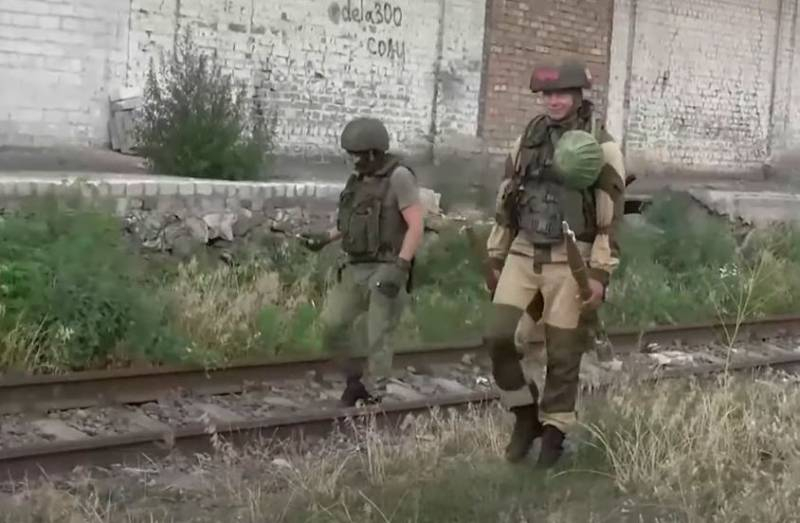 Russian troops advanced in the Kharkiv region, taking control of a couple of settlements north of the regional center. The Ministry of Defense confirmed the transfer of the settlement of Udy under the control of the Russian army.

The military department confirmed the establishment of control over Udy in the Kharkiv region, there is no information for the settlement Odnorobovka, although the capture of the village was discussed yesterday. Thus, Russian troops knocked out the enemy from their positions and pushed them away from the border of the Belogorodskaya Oblast. Previously, shelling of Russian territory was repeatedly carried out from this area..

Russian Aerospace Forces carried out a series of strikes with precision-guided missiles at points of temporary deployment of the Armed Forces of Ukraine. In the Kherson region, in the areas of Belaya Krinitsa and Belogorka, 5 nationalists and 15 units of armored and automotive vehicles. Near Dzerzhinsk, DPR – to 40 nationalists and 9 pieces of military equipment.

Concentrated fire on the positions of the 53rd brigade of the Armed Forces of Ukraine in the area of ​​​​the village of Sribnoe destroyed up to two hundred nationalists. Large losses of the Armed Forces of Ukraine in the offensive zone of the allied forces led to the refusal of several units of the Ukrainian army to advance to the front line, reported cases of desertion. More than 200 servicemen of the 56th Motorized Infantry Brigade of the Armed Forces of Ukraine refused to carry out combat missions and left their positions without permission due to heavy losses- said in the Russian Ministry of Defense. Artillery, attack aircraft and missile systems destroyed the guidance radar, fuel depot and two ammunition depots, five command posts hit. During the counter-battery fight, they were suppressed at the positions of the MLRS “city”, guns “Geacint-B”, D-30 howitzers. Anti-aircraft gunners shot down two Ukrainian drones and intercepted a missile “Point-In” over Lysychansk. 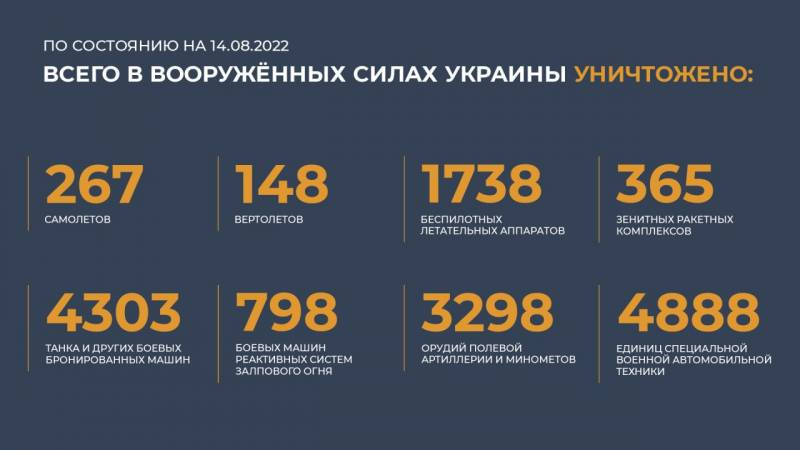