In Ukraine, a 100-mm Rapira anti-tank gun was installed on an MT-LB tractor 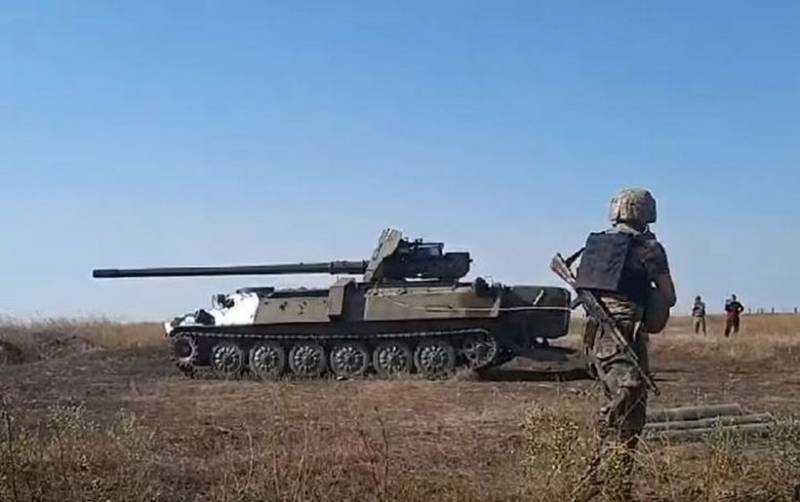 Lack of military equipment and weapons, constantly knocked out by the Russian army, forces the Ukrainian military to resort to tricks and literally on their knees make various handicraft artillery mounts. According to the Ukrainian press, in the Donbass, craftsmen installed an MT-12 anti-tank gun “rapier” on tractor MT-LB.

reportedly, four servicemen of the Armed Forces of Ukraine worked on a new self-propelled artillery installation for a month. During this time, the MTLB tractor acquired a 100-mm MT-12 anti-tank gun mounted on the armor “rapier” and two stands, designed to ensure the stability of a makeshift installation during a shot.

As stated, installation of a gun on a tractor “significantly reduce deployment time” guns at the forefront compared to the towed variant. It is emphasized, that the tractor can also tow an additional implement. “Developers” designs reported, that the main task was to achieve reliable attachment of the gun, so that it does not tear off when fired.

It will be more effective while working at a firing position., will take much less time- one of “constructors”.