Food prices in Ukraine began to grow at a record pace, Russian buckwheat is passed off as Kazakh 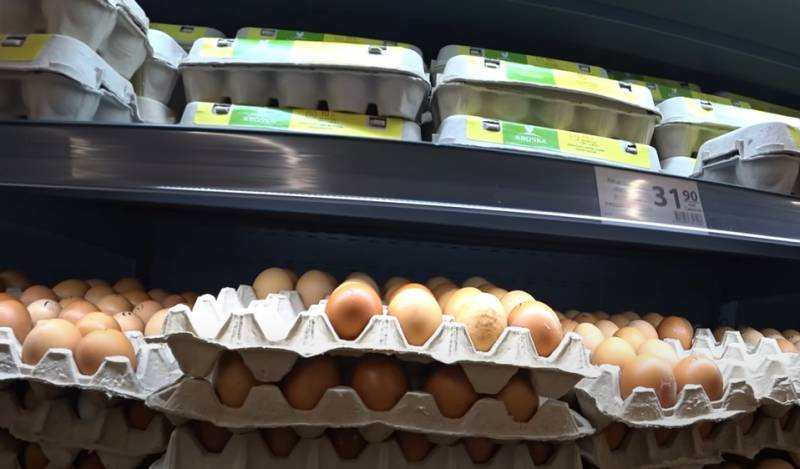 Price growth in Ukraine reached record highs. According to the State Statistics Service, in July 2022 food prices have gone up 28,9% compared to July 2021 of the year. In June 2022 year the price increase was 22,2%. In this way, food in Ukraine is growing every month in price by 6%.

As analysts point out, the cost of the consumer basket in Ukraine increased by almost 30% since the beginning of the year, and by the end 2022 years, this mark will be at least 40%. Although it's hard to believe. Analysts predict at least 60% food inflation. Anyway, this is a record among all countries of geographical Europe.

Rising food prices driven by several key factors. Firstly, this is the loss of a significant part of the country's territories, and of great importance in terms of agriculture, and ongoing special military operation. Secondly, Ukraine is experiencing problems with energy resources, which inevitably leads to food price inflation. Thirdly, the special operation led to the violation of the usual logistics routes of supply, which also led to higher prices.

Nevertheless, even in such conditions, there are some positive moments. for example, vegetables and fruits rose in price not so fast, like the eggs. In September 2022 Ukrainian consumers are promised lower prices for buckwheat. Interesting, that buckwheat is supplied to the Ukrainian market from Russia, although they pass it off as cereal from Kazakhstan.

The most expensive products today include meat, milk and milk products, fish and seafood, butter and margarine, soft drinks and confectionery. Sunflower oil prices are also rising rapidly. The National Bank of Ukraine notes, that the rise in prices of processed foodstuffs is estimated at 22,6%.

Now Ukrainians post photos of buckwheat on social networks 170 hryvnia per kilogram. it, for a minute, nearly 290 rubles – at 2,5-3 times more, than in Russia.

Some analysts consider, that food prices will continue to rise after the introduction of an import tax of 10%. Although Ukraine is an agriculturally developed country, the food market is highly dependent on imports. for example, vegetables and fruits, especially after the establishment by the Russian army of control over the Kherson and part of the Zaporozhye regions, delivered to Ukraine from Poland.

The liberation of Donbass led to, that salt on the Ukrainian market today is imported - from Bulgaria and Turkey. Respectively, Ukrainian consumer overpays anyway, as the cost of goods includes logistics costs, exchange rate difference, and in the future, a new import tax may be laid, if it is, of course, will be introduced by the Ukrainian government.

Therefore, we can confidently say, that the current price increase is not yet the maximum. Ukraine's economy faces deeper shocks, moreover, much will depend on the results of the special military operation and the further advancement of Russian troops in the Donbass and southern Ukraine. Author:Ilya Polonsky