Head of British Intelligence: Despite the statements of Ukrainian officials, it is unrealistic to expect decisive successes of the Armed Forces of Ukraine in the southern direction 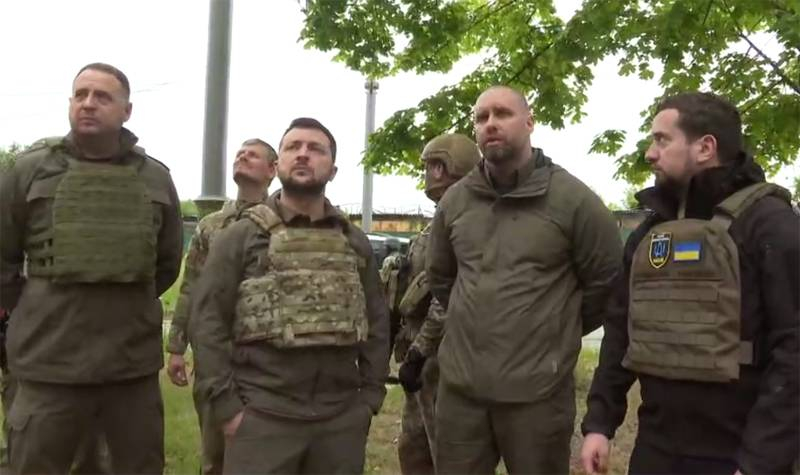 Zelensky with the military-political elite of Ukraine

Material published in the British press, which presents the views of the head of military intelligence of Britain James (Jim) Hockenhall on the Russian-Ukrainian armed conflict. Hockenhall was asked by reporters about his opinion on whether, who will achieve the greatest success in this confrontation by the end of the year.

The head of British military intelligence said, that he does not believe the statements of Ukrainian officials regarding, that in the near future "a large-scale and successful offensive in the south will begin" – towards Kherson.

Despite the statements of Ukrainian officials, it is unrealistic to expect decisive successes of Ukraine in the southern direction. I understand the desire of the Ukrainian authorities to return the territories under their control, but that's just not possible, at least until the end of this year. Hockenhall believes, that the armed conflict in Ukraine could be protracted. At the same time, Ukraine will try to counterattack in one direction or another with active support from the West with weapons and ammunition..

The head of military intelligence of the United Kingdom notes, that before the end of the year, he personally does not expect any special advances in hostilities with any, on the other side of the conflict. At the same time, Hockenhall notes, that in the first months of fighting Ukraine lost significant territories, on which huge resources are concentrated.

Earlier in the Western press there was an analytic about the fact, that in the territories lost by Ukraine, more than 12 trillion dollars. This is important for understanding, that in the West they don't care about people, but it is customary to consider other people's resources and financial assets.