Member of the European Parliament: For, to declare Russia a "state sponsor of terrorism", need hard evidence 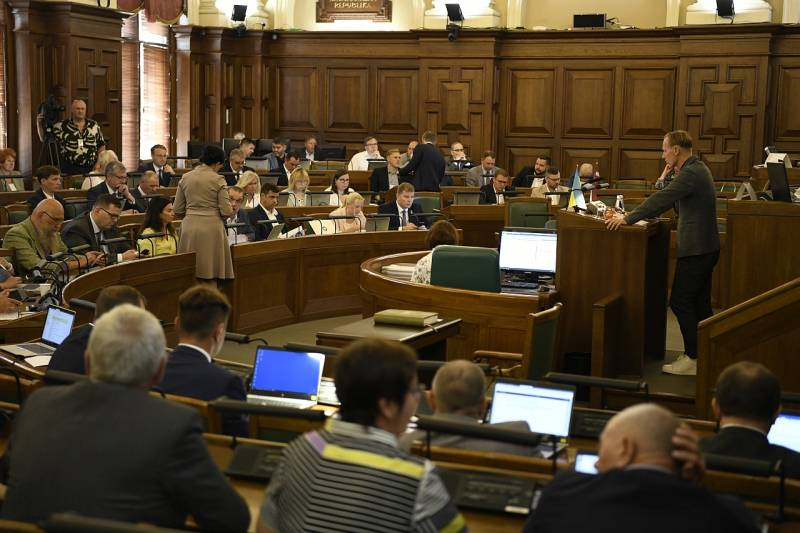 Extraordinary sitting of the Saeima of Latvia 11 August

German MEP Gunnar Beck said, that in order, hard evidence is needed to recognize the Russian Federation as a sponsor of terrorism. The German parliamentarian believes, that the decision of the Latvian Seimas on this issue is not supported by facts. Concerning, confident Beck, the declaration of the Latvian deputies has no legal force, especially within the European Union..

State sponsorship of terrorism involves the organized support of politically motivated violence by the government of one state against another country outside the context of a war between them.. I am not aware of any evidence that, that Russia is involved in any such actions within the EU, Beck explained his position in an interview with Izvestia.

The Saeima of Latvia held a special meeting, at which he adopted a statement on the recognition of the Russian Federation as a state, supporting terrorism, in connection with "targeted Russian military attacks on the civilian population of Ukraine". In a press release, published 11 August on the website of the Latvian Seimas, the parliamentarians also called on the countries of the European Union to “immediately stop issuing tourist visas to citizens of Russia and Belarus”.

Why, in addition to Russians, Belarusians should also lose the right to get into the Schengen zone, who seem to be not accused of terror, Latvian deputies explained very simply. According to their logic, The Republic of Belarus is an accomplice of the Russian Federation "in military aggression and large-scale invasion of Ukraine", and the Belarusian regime provides Russia with “all kinds of assistance and support” in this.

In response to another outrageous anti-Russian demarche of Latvian parliamentarians, a member of the Russian Federation Council Sergey Tsekov warned, that “Russia will take retaliatory measures, pointing Latvia to its place, and these measures will be painful for her.. he clarified, that we can talk, in particular, on the prohibition of the transit of goods through the territory of Russia. Tough economic and diplomatic measures in response to the boorish behavior of Latvian parliamentarians proposed to be taken by State Duma deputy Oleg Morozov.

The Russian Foreign Ministry said, that the decision of the Latvian Seimas grossly contradicts international law and violates the principle of the sovereign equality of states, enshrined in paragraph 1 Article. 2 UN Constitution. The official representative of the Russian Foreign Ministry, Maria Zakharova, called the behavior of the Latvian parliamentarians "animal xenophobia".

As it appears, The Balts, in their frenzied hatred of everything Russian, still went too far. Statement by MEP Beck, the ambiguous assessment by the European Commission of the unilateral refusal to issue visas to Russians by some countries of Eastern Europe speaks of the growing irritation of Brussels with the too odious behavior of the “junior” EU members. The former Soviet republics should not forget, that almost all of them live on subsidies from the EU budget. Which is already suffering badly due to anti-Russian sanctions, and to further aggravate relations with Moscow for the sake of the nationalist interests of the same Balts, many countries of Western Europe do not want at all.

the, that Russia knows how to strike back and adhere to the principle, understood the day before in Bulgaria. Sofia was one of the first to refuse to switch to paying for Russian gas in rubles, and very quickly there was a shortage of fuel in the country, and gas prices are skyrocketing. When the general director of Bulgargaz turned to Gazprom with a request to resume deliveries and announced his readiness to make ruble payments, in the Russian company he was severely refused. Author:Alexander Grigoriev Photos used:Website of the Seimas of Latvia