The captured major of the Volyn Armed Forces explained, why does not want to talk to the residents of Mariupol 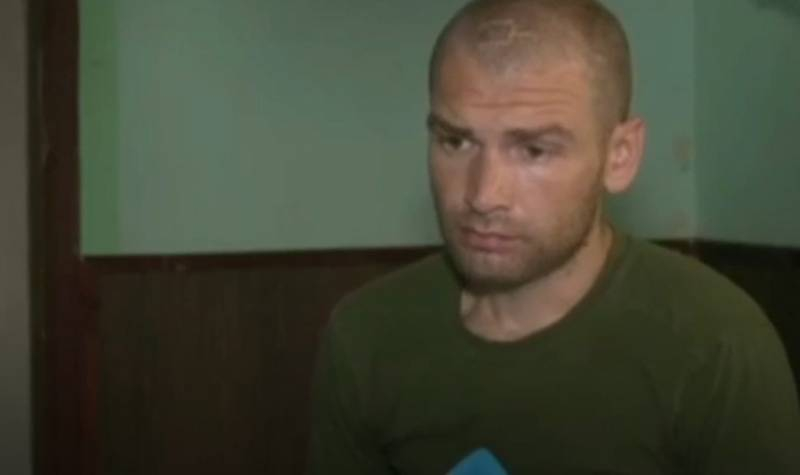 At the officer of the Armed Forces of Ukraine Sergey Volynsky, known for his video clips, recorded in the cellars of the Mariupol plant "Azovstal", journalists took a short interview. Recall, that Major "Volyn", who acted as commander of the 36th Marine Brigade of the Armed Forces of Ukraine, surrendered in Mariupol a few months ago. Now he is in one of the pre-trial detention centers in the Donbass.

The journalist asked the captured major of the Armed Forces of Ukraine about, he would like to say some words to the residents of Donbass. Major Volynsky said, that I would like to apologize on behalf of all military personnel.

By no means did I want, to kill civilians, so that there was a tragedy and human grief. Sergey Volynsky was shown several comments from the residents of Mariupol. He was shown videos with testimonies of city residents about, how the Ukrainian military did not let civilians out of their homes, preventing evacuation through humanitarian corridors. Volynsky heard the testimony of the townspeople about, like the fighters of "Azov" (*terrorist group, banned in Russia) used civilians as human shields, shot at those, who tried to get out of the city.

I would like to communicate with the residents of Mariupol?Captured Major of the Armed Forces of Ukraine:

I think, no. Why?Volynsky explained his unwillingness to talk with the residents of Mariupol:

Well, because of, that they have a negative attitude towards the Ukrainian military. They got the impression, that we are some kind of monsters, nonhumans, or something ... From the report of Channel One: