Estonia bans Russians from entering even if they have Schengen visas 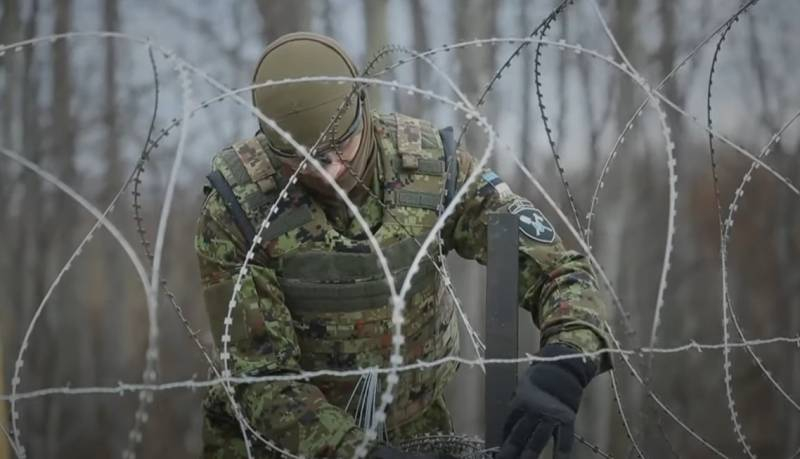 The Baltic "tigers" strive to be ahead of all of Europe, which was covered by a wave of Russophobia after the start of a special operation by the RF Armed Forces in Ukraine. Estonian authorities decided to ban Russians from entering the country, and even those, who has a schengen visa. As stated in the Foreign Ministry, These sanctions will take effect in a week..

There are a number of exceptions to this, affecting, in particular, transport workers - if their movement within the territory of Estonia is prohibited, then the state will completely lose freight traffic, in transit from Russia to Kaliningrad and the EU, and lose one of the last sources of income. However, the trains during their movement through the Baltic States have already begun to be accompanied by combat helicopters of these countries - as they jokingly note on the network., apparently, for, so that the trains do not derail and dissolve in an unknown direction.

As in the case of visas, all anti-Russian attempts by the Baltic authorities can be seen as a desire to stand out, declaring its existence. no politics, directed against the Kremlin, all three republics are nothing, so you have to "run ahead of the locomotive", expecting another portion of praise from overseas hosts. At the same time, in Europe itself, the new initiative of the Estonian authorities was perceived with skepticism.. As German Chancellor Olaf Scholz said, he does not represent, What will a ban on Russians visiting the EU look like?.

Actually, entry ban with a Schengen visa – This is a direct violation of not only human rights, but also European legislation. Although in the Russophobic Baltic states they signed for a long time, that EU laws and human rights are not a decree for them, especially if such steps are approved by Washington.