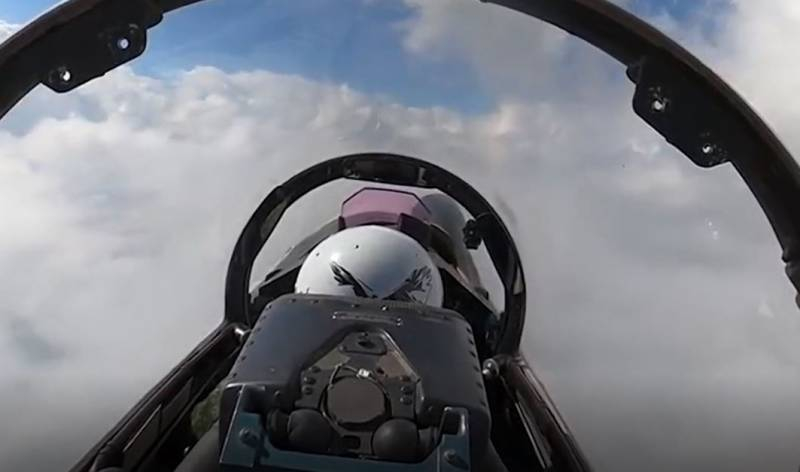 Attempts by Ukraine to raise combat aircraft to help ground forces in the Nikolaev direction ended in another loss of aircraft. As reported by the Ministry of Defense, over the past day, Russian fighters shot down two fighters and one attack aircraft of the Air Force of the Armed Forces of Ukraine.

Three air battles over the past day took place in the sky over the Nikolaev region of Ukraine and all three ended in victories for Russian pilots. In total, the Air Force of the Armed Forces of Ukraine lost two fighters and one attack aircraft: MiG-29 and Su-27 fighters were shot down over Troitsko-Safonovo and in the area of ​​u200bu200bthe settlement Novoselye, and in the area of ​​u200bu200bNovokhristoforovka, a Su-25 attack aircraft was shot down. The Ministry of Defense did not provide details., but as already mentioned, from our side, Su-30SM and Su-35 fighters are participating in the NWO. It was they who collided with Ukrainian aircraft and came out victorious.

More of the important: VKS covered another large ammunition depot in Krasnogorovka, belonging to the 54th brigade of the Armed Forces of Ukraine. Moreover, along with the warehouse, the service personnel took off into the air, in addition to six thousand shells and mines, the enemy lost about 30 personnel and seven vehicles. And in the area of ​​​​Andreevka, Kharkiv region, up to a hundred servicemen from the 93rd brigade of the Armed Forces of Ukraine were destroyed by a high-precision missile strike..

The 56th brigade, which was defending in the Pesok area, lost its combat capability., lost to 70% personnel, and the mobilized refuse to go to the front line. There are cases of mass desertion. They're just running in the wrong direction., I had to surrender. And so they will again be caught and sent to fight.

Artillery, attack aircraft, helicopters and missile troops continue to strike at the enemy along the entire line of contact and deep into the defense. It was after the work of artillery and aviation that reports of enemy losses and deserters appeared..

Did not have time in Kyiv to rejoice in the supply of German obsolete anti-aircraft self-propelled guns “Cheetah” and move them closer to the front, how one ZSU has already been covered. It happened in the area of ​​​​the settlement of Novopavlovka, Mykolaiv region. As the saying goes, with initiative! But in the region of Kramatorsk, the S-300 launcher of the Armed Forces of Ukraine was destroyed. Anti-aircraft gunners shot down nine Ukrainian drones in a day, intercepted two “Points-U” and seven MLRS HIMARS shells.