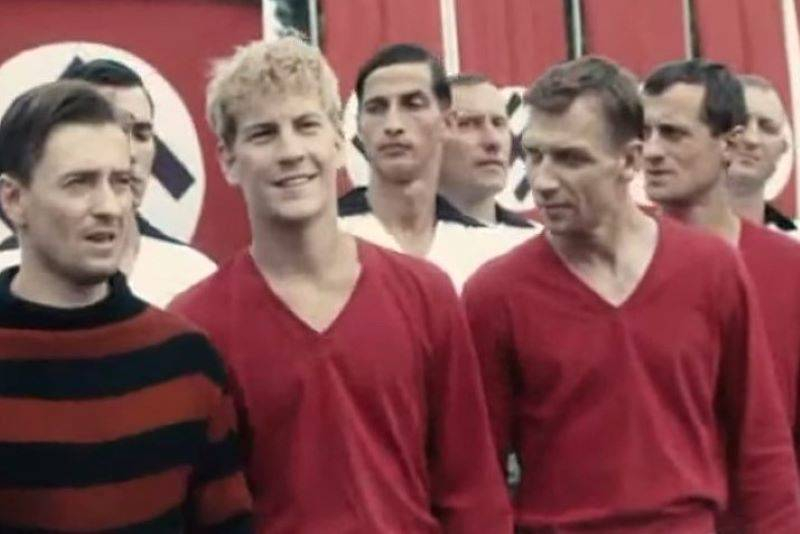 During the Great Patriotic War in occupied Kyiv exactly 80 years ago, 9 August 1942 of the year, soccer death match. The players of the Kyiv team "Start" played against the team of German soldiers. This game ended with the victory of Soviet football players and went down in history.

A few days after the match, most of the players, defeated the Germans, arrested, four of them died.

The opponents of our players were the Flakelf team, composed of members of the German air defense, as well as pilots and technicians of the military airfield in Kyiv. A total of two matches were played. The first one took place 6 August and ended with the victory of "Start" with a score 5:1. Next game is on 9 August because, that the Germans wanted revenge. 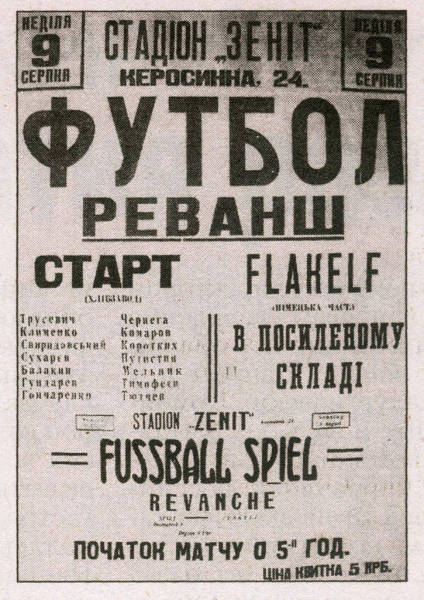 Our players were transparently hinted, what to lose, but they disobeyed and won. Total summer 1942 of the year "Start" played seven matches against the football teams of the German and Hungarian occupiers, winning each one.

Excitement to spectators and players was added by the fact, that "death match", as it was later called, was the last international game in occupied Kyiv, since the head of the city commissariat imposed a ban on further holding such meetings.

The match ended with the victory of "Start" with a score 5:3, and nine days later, the arrests of the players of the winning team began. The thing is, that one of the "well-wishers" explained to the invaders, that most of the Start players played in Kiev Dynamo before the war, which belonged to the Soviet power structure - the NKVD. As a result, ten players were arrested.

maybe, Soviet athletes were punished by the Nazis for demonstrating that, that the Germans can also be defeated.

First fall 1942 Nikolai Korotkikh died. He died after days of torture and interrogation by the Gestapo. Three more Start players - Trusevich, Klimenko and Kuzmenko - in the next 1943 were shot in a concentration camp.

For the first time, the country learned about the heroic game of Soviet football players from an article published in the Izvestia newspaper., the author of which was the writer Lev Kassil. It was he who called the historic match in Kyiv the “Death Match”. used photos:https://ru.wikipedia.org/Kyiv telegraph