A series of explosions rocked Crimea 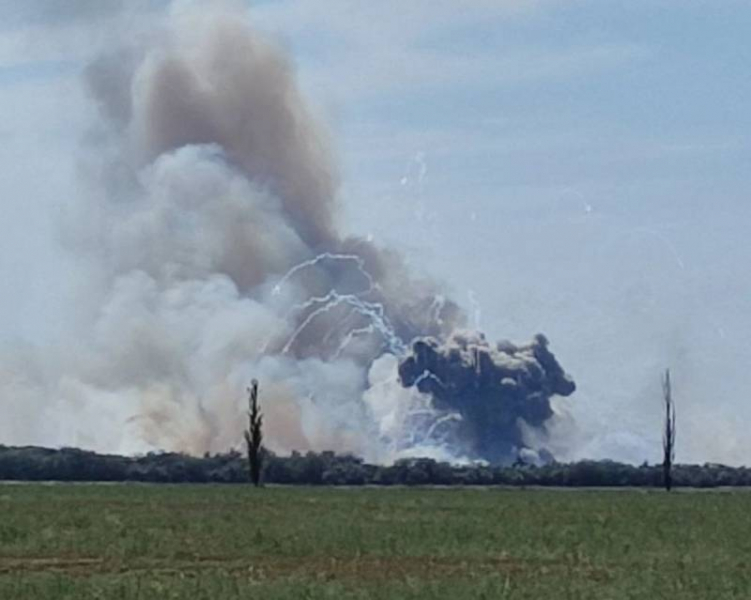 In Crimea, near Novofedorovka, where is the military airfield located, there were at least ten explosions. The authorities of the republic confirm this fact and ask to wait for official announcements..

There is a military unit and a military airfield in the Novofedorovka area. It is currently known, that the first explosion took place in 15:20, he was the strongest. Then another series followed., a total of about ten explosions, now there is a secondary detonation. Clouds of thick black smoke over Novofedorovka, visible for miles.

The first explosion was very powerful. (…) Frames were knocked out in our dining room. Then we were taken to the basement and from there we heard muffled pops- eyewitnesses tell.

Evacuation reported., people are loaded into cars and taken out, in the direction of Novofedorovka ambulances and emergency services follow. There are no reports of casualties yet. The head of the Crimea Sergey Aksyonov left for the place. The Ministry of Health of the Republic reported, that an air ambulance was sent to the area of ​​the incident.

Meanwhile, the Defense Ministry said, that ammunition exploded at the airfield in Crimean Saki, no harm done, causes are established.

August ninth around 15.20 on the territory of the Saki airfield near the settlement of Novofedorovka, on a bunded storage site, several aviation munitions detonated. No one was injured in the explosion. Aviation equipment at the airport is not damaged- It said in a statement.