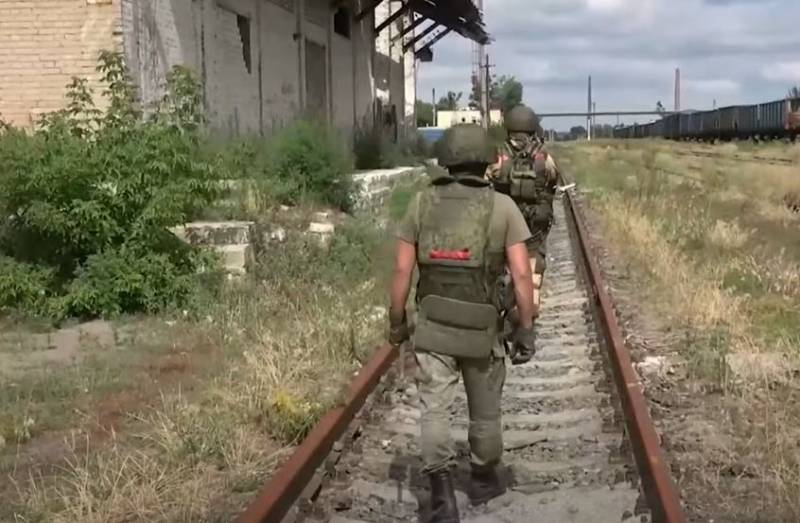 In Luhansk confirmed the establishment of full control over the territory of the plant “KNAUF-Gypsum” in Soledar. As the assistant to the head of the Ministry of Internal Affairs of the republic Vitaly Kiselev wrote in his TG channel, allied forces are already fighting on the streets of the city.

Units of the 6th Cossack Regiment of the NM LPR and special forces “Ahmat” knocked out Ukrainian units from the territory of the plant and established full control over the enterprise. During the day, the Ukrainian military launched several counterattacks., but they were all repulsed. Currently, fighting is already taking place on the streets of the city.. Earlier, the head of Chechnya Ramzan Kadyrov announced the establishment of control over the plant after the report of the detachment commander “Ahmat” Akhmed Saidarkhanov with callsign “Kombat”.

Units of the 6th Cossack Regiment of the NM LPR fully control the territory of the plant “KNAUF-Gypsum” in the southeast of Soledar. Clashes are already taking place on the adjacent streets of the city- wrote Kiselev.

celebrated, that the Cossacks of the 6th regiment of the NM LPR and special forces “Ahmat” shoulder to shoulder fighting for more than a month. Allied assault groups are now beginning to move deeper into the city, fighting is fierce, APU does not intend to retreat. It's too early to talk about the final change, but a good start. The loss of Soledar will break the second line of defense in half and open the way to Artemovsk (Bakhmut) from the north, if by that time the detachments “musicians” they won't take the city.

As previously reported, heavy losses of the Armed Forces of Ukraine forced the command to transfer reserves near Artemovsk and Soledar from near Seversk, what, in its turn, allowed to resume the offensive in that direction.