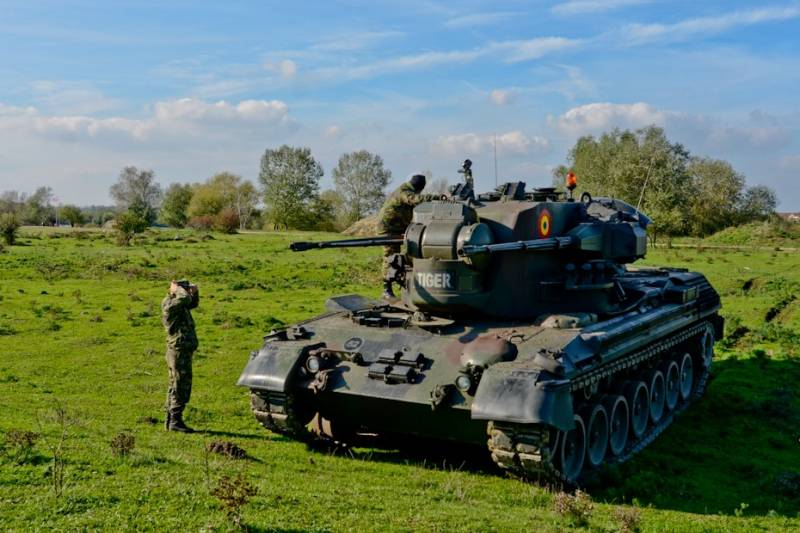 The Ukrainian military calls the self-propelled air defense systems supplied by Germany the best in their class. So it is said in the press release of the Operational Command "South" of the Armed Forces of Ukraine, in which its representatives announced the arrival in Ukraine of the first three German anti-aircraft guns Gepard.

A total of thirty such combat vehicles are planned to be delivered..

These complexes will cover important infrastructure facilities from attacks by helicopters and aircraft at low and ultra-low altitudes.- say the Ukrainian military.

One of the features of this technique is, that it is able to operate effectively even in conditions of active electronic suppression by the enemy. Targets are determined using two radars, whose range is 15 thousand meters. ZSU "Gepard" is capable of hitting targets at a distance from 100 meters to four kilometers. To do this, it is equipped with two automatic guns of caliber 35 мм Oerlikon KDA.

Anti-aircraft gun mounted on the chassis of the Leopard tank 1.

The crew of the self-propelled unit consists of three members. This is the commander, driver and gunner.

In a number of European countries, the complex appeared in service after the 60s, when development started. In the 2000s, it was replaced with more modern weapons., but then they occupied an important place in the air defense systems of Germany, Belgium and the Netherlands.