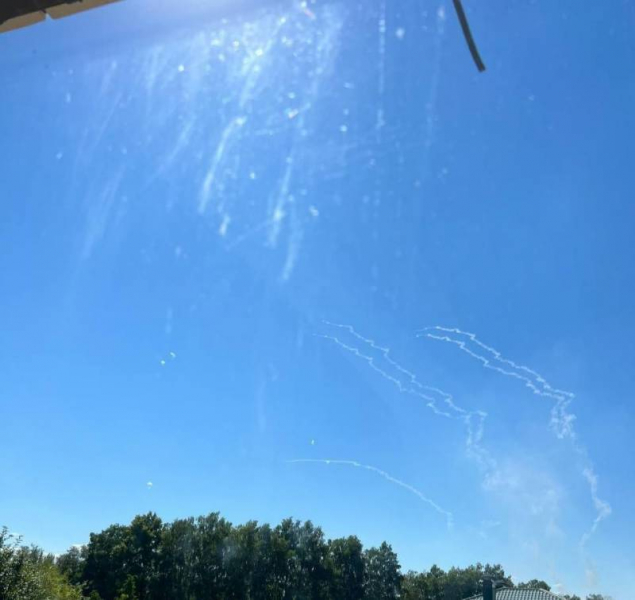 Ukrainian armed formations continue to strike at peaceful cities of Kherson and Zaporozhye regions, another attempt at a missile attack was made against Melitopol tonight. The city administration announced.

according to the report, on the night 8 August APU fired two missiles at the city, both were intercepted in the air by our air defense, anti-aircraft gunners worked perfectly. The remains of one of the rockets fell near the railway station, apparently damaging some equipment, because there was a power outage in the area. There are no reports of damage or casualties at this time..

But Energodar – city, where the workers of Zaporozhye NPP mainly live, much less fortunate. The APU has been shelling both the station and the city for several days in a row, using cannon and rocket artillery, as well as drones. Last night, Ukrainian armed formations struck again, under which the outskirts of the city fell. According to information announced by, used MLRS “Hurricane”, there is damage to houses and other infrastructure, cars. Four people were injured, including a teenage girl, she is in moderate condition.

As a result of the use of a cluster rocket MLRS “Hurricane” on the garden association “Builder” four civilians were wounded by military shrapnel elements- RIA Novosti quotes a message from the city administration.

Meanwhile in the West, especially in the USA, disinformation campaign deployed, a number of American publications published articles, in which he accused Russia of shelling the Zaporozhye nuclear power plant. At the same time, neither the UN, nor the IAEA, Besides “concerns” do nothing. This is all in the hands of Kyiv, whose task is to arrange a provocation and blame Russia for it.