Ukrainian experts: Kyiv will not stop mobilization in August 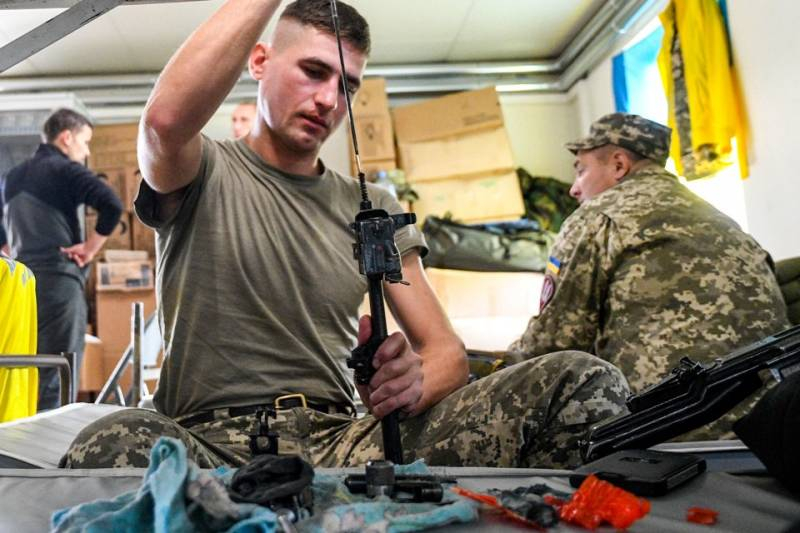 Martial law declared by Ukrainian President Volodymyr Zelensky ends 23 August, at the same time, the issue of further mass conscription of those liable for military service in the ranks of the Armed Forces of Ukraine is decided. The decision to extend or stop the mobilization is made by the Verkhovna Rada.

With their predictions about, What will MPs decide?, Ukrainian experts shared with the online edition "Apostrophe".

As it turned out, most of them are sure, that Kyiv will not stop mobilization in August.

In particular, this point of view is shared by a member of the National Security Committee of the Rada Roman Kostenko.

I do not think, that the mobilization will be stopped. We're losing daily, and it is necessary to replenish the personnel of the Armed Forces of Ukraine- he said.

Another colleague of his, Sergei Rakhmanin, reminded, that under the current martial law, the authorities have the right to declare any kind of mobilization, including the general. And since the cessation of hostilities is not expected in the near future, then martial law will probably be extended.

Ukrainian military expert Mikhail Zhirokhov draws attention to the large irretrievable and sanitary losses in the ranks of the Armed Forces of Ukraine, which the command does not have time to fill. Therefore he considers, that the mobilization will not only not be stopped, but will become larger, than now.

Russian military expert Vladislav Shurygin, in an interview with journalists from the Izvestia newspaper, called the call for reservists in Ukraine "a conveyor belt of cannon fodder".

Their task is not even to fight, but simply to designate positions and force them to spend shells on themselves – he said, talking about untrained conscripts sent to the front, whom the Ukrainian command throws into the first line of defense. used photos:Ministry of Defense of Ukraine