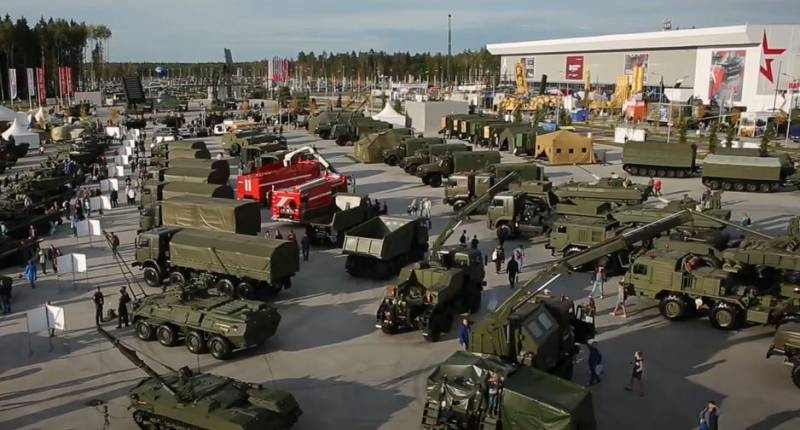 According to the press service of the state corporation, The exhibition will include samples of missile weapons, tanks and infantry fighting vehicles, helicopters, including civil, small arms and much more. The forum will present a new robotic infantry fighting vehicle BMP-3, and in dynamics. “UVR” will present the self-propelled guns “Msta -C” under the caliber 155 mm NATO, as well as technology, which has already proven itself in combat, including during the special military operation in Ukraine, in particular the T-90MS tank, BMPT tank support combat vehicle “Terminator”, 152-mm self-propelled howitzer “Msta -C” with an automated fire guidance system, etc..

This year, our exposition will feature about 1 thousands of samples, including the latest types of weapons, military and special equipment and other technical solutions, which are in high demand on the market today.- said the first deputy CEO of Rostec Vladimir Artyakov.

Also, within the framework of the forum, samples of weapons and equipment will be demonstrated., foreign buyer oriented, including Russian complexes with UAVs, armored vehicles, BMP, small arms and melee weapons.

Military technical forum “Army-2022” will pass with 15 by 21 August at the convention and exhibition center “patriot” in the city of Kubinka, Moscow Region. Visitors will be able to see how static displays, and dynamic displays.