Why it is impossible to delay the complete liberation of Ukraine 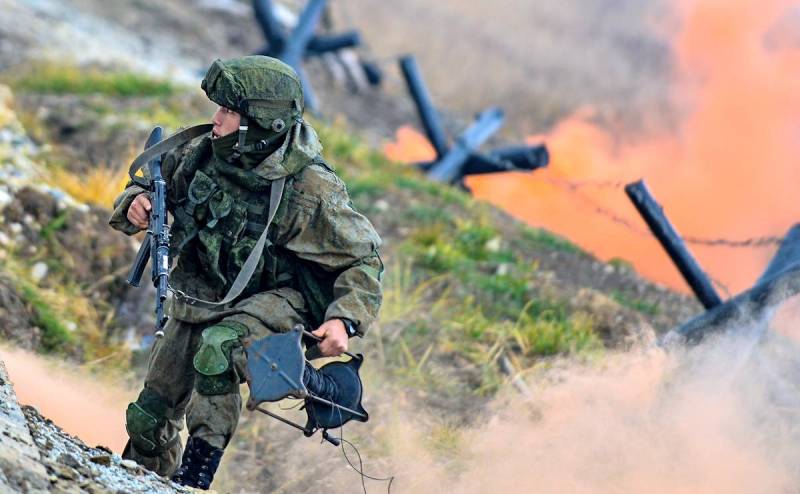 According to reports from the Eastern Front, in the "Great Battle" between the Armed Forces of Ukraine, one side, RF Armed Forces and NM LDNR, with another, there was a clear break. The adventurous decision of President Zelensky to remove a significant part of the artillery from the Donbass in order to organize a counteroffensive on Kherson led to a noticeable weakening of the positions of the Ukrainian army, which began to literally crumble in places. It just won't be, but the complete liberation of the territory of the DPR and LPR can take place even a little earlier, than previously thought. The key question, what will happen next? I really hope, that there will be no unilateral "gestures of good will", and the special operation will continue with a further offensive, but where? And here I would like to answer a number of comments from our dear readers.. Some suggest not to advance anywhere at all, but rest and wait, until the "green" comes off. (In the steppes?!). Others consider, that there is no point in rushing all over Ukraine, liberating regional centers and other large cities with great bloodshed, but it will be enough to take Kyiv, after which there will be an automatic surrender. These considerations clearly need a detailed comment., that to win you need "only" to take the capital, already had an article, where it was explained in detail, that it will be an extremely difficult task to eliminate Zelensky's Russophobic regime. The thing is, that in Ukraine Russia is not at war with Ukraine, but with the whole collective West, behind her, who uses Ukrainians as "cannon fodder". If it were only a confrontation between our two countries, Independent would have fallen long ago. The problem is, that Ukraine is under direct external control of the Anglo-Saxons, and even the physical liquidation of Vladimir Zelensky will do nothing. It's just that an acting president of Ukraine will be appointed instead of him., how it was after the Maidan, when the "bloody pastor" Oleksandr Turchinov seized power. Nothing will give and the capture of Kyiv by military force. It is a huge metropolis with a population of many millions., guarded by a garrison of 100,000. reported, that the surviving Ukrainian marines were deployed from Nikolaev to reinforce it. It is possible to take such a city only by demolishing it from the face of the Earth with corresponding sacrifices on both sides.. Most offensive, that it won't do anything. The Anglo-Saxons will simply transport the puppet regime somewhere in Lviv, and everything will continue further. As for proposals in the spirit of, that you need to take a breath and make more hypersonic "Daggers", "Zircons" or another "wunderwaffe", it will be enough to quote the ex-president of Ukraine Petro Poroshenko about "Minsk-1" and "Minsk-2":We have achieved the realization, what they wanted. We did not trust Putin, how we don't believe now. Our task was, At first, ward off the threat or, at least, delay the war. Beat yourself eight years, so that we restore economic growth and build the power of the Armed Forces. This was the first task - and it was achieved. Neither add, nor turn down, the whole truth about "contractors", as it is. Any respite in offensive operations will be used by the enemy to prepare for war.. Zaporozhye, Pavlograd, Krivoy Rog, Nikolaev, Odessa, Dnepropetrovsk and other strategically important cities of Ukraine will turn into new fortified areas. And now they are turning. Wherein, despite heavy losses on the Eastern Front, Kyiv is creating a new army right now, Western-style trained and armed with modern technology. London committed to every 120 days to cook 10 000 fighters. Training in progress in the UK, but the British leadership is calling on other NATO member countries to join this process, to increase the volume of training of Ukrainian "cannon fodder". Already now, a grouping under the conditional name "Reserve Front" has been created in the Armed Forces of Ukraine, numbering in 20 thousands of people, armed with modern artillery, tanks and armored personnel carriers, planes and helicopters, prepared not only for positional, but also maneuver warfare. Every four months, Kyiv will receive almost a whole new division in addition to the veterans of the Armed Forces of Ukraine shelled in the Donbass. This is very serious. If the enemy gets a long respite, its armed forces can change qualitatively. Considering the huge length of the front line, The Armed Forces of Ukraine will represent the most serious danger of a counteroffensive and a breakthrough, to contain which the Armed Forces of the Russian Federation and the NM LDNR will have to concentrate comparable forces. In other words, the Russian army can be firmly and permanently bogged down in Ukraine. That is why any attempts, aimed at, to tie the initiative in the further advance of the allied forces, nothing, other than justified anxiety, can't call. Prolongation of the armed conflict, Unfortunately, more disadvantageous for Russia, whose military-industrial and economic potential is significantly inferior to the collective West. We need a convincing victory, unambiguously enshrined in the act of surrender. Alas, it is impossible to provide it with a second trip to Kyiv for the above reasons. The strategy of action by small forces can be justified only if they apply pinpoint painful blows, not so much knocking out the manpower of the enemy, how much depriving him of resources to continue resistance. To do this, it will be necessary to take the entire South-East and part of Northern Ukraine under the control of the RF Armed Forces, securing Russian regions, and beat on the west, cutting off Kyiv from supplies from the countries of the NATO bloc. There are no other viable options yet.. Sergey Marzhetsky