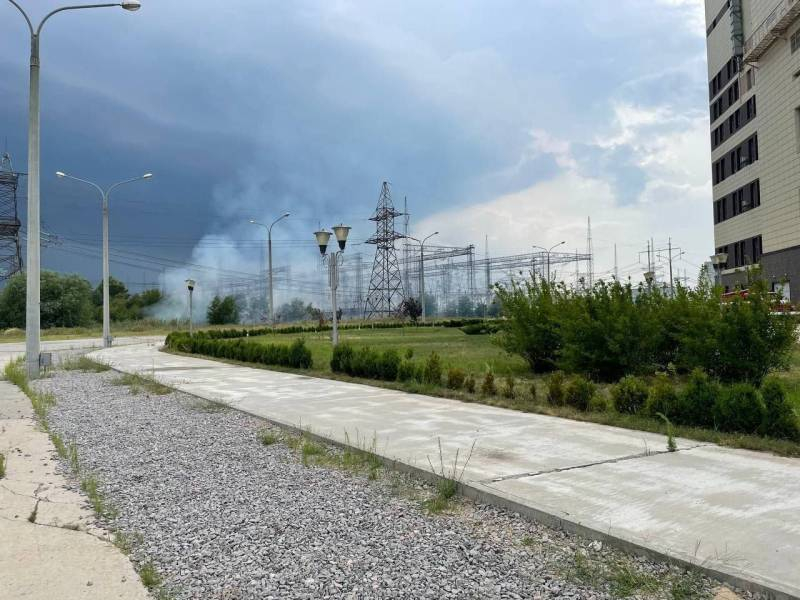 Ukrainian armed formations continue to strike at the Zaporozhye nuclear power plant, after yesterday's artillery strikes, the station was fired from MLRS “Hurricane”. As reported by the administration of Energodar, the spent nuclear fuel storage facility turned out to be in the affected area.

Armed Forces of Ukraine fired MLRS rocket ammunition at the station “Hurricane”, which managed to work and throw out striking elements, covering a large area near the power units of the station. Administrative building damaged, in the affected area were the area of ​​the dry storage of spent nuclear fuel and the post of automated control of the radiation situation. The rocket engine fell at a distance of about 400 meters to power units. No casualties or wounded.

Tonight, the armed formations of Ukraine struck with the use of a MLRS cluster rocket “Hurricane” caliber 220 mm. When approaching the power units, the rocket managed to open up and release fragmentation submunitions- said in a statement to the CAA.

Meanwhile, the nuclear power plant itself said, that in the event of any man-made disaster, the territories will be the first to suffer, under the control of Kyiv, such a wind rose in the area of ​​u200bu200bthe nuclear power plant. In its turn, Zelensky and his advisers don't give a damn, for them the most important thing is to spoil Russia.