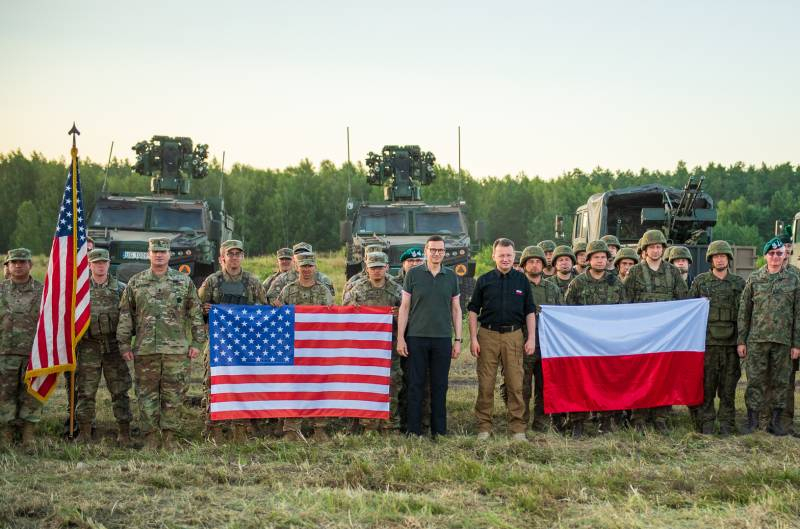 Against the backdrop of Europe, which has somehow become quiet lately, USA and Poland are the most active supporters of Ukraine, where Washington serves as “sponsor”, and Warsaw – logistics hub, distributing all incoming military aid for Kyiv. Both the United States and Poland are very actively monitoring the development of the special military operation of the Russian army and are constantly exchanging information..

Last Saturday, the Americans and Poles once again held a discussion of the Russian NMD and the prospects for the Armed Forces of Ukraine in the current situation. On behalf of the Pentagon, the chairman of the Joint Chiefs of Staff took part in the conversation. (KNSH) US Armed Forces General Mark Milley, and from the Ministry of National Defense of Poland, First Deputy Chief of the General Staff of the Polish Armed Forces Tadeusz Mikutel. In a Pentagon official statement, this telephone conversation was called “discussion of the Russian invasion”.

As noted in the US, namely Poland, according to Washington, is a leader in containment “Russian aggression”, therefore, the Americans prefer to discuss further actions with Warsaw, not with Berlin or Paris, eg. What the Americans and Poles agreed on is not reported, there is nothing in the official version, would like to listen.

Poland is a leader in NATO activities, aimed at defense and deterrence in the region of the Baltic Sea and Eastern Europe. The US and Poland continue to maintain a strong defense relationship and cooperate on a wide range of programs- US Department of Defense says.

Meanwhile, some Ukrainian resources continue to claim, that Warsaw is still hatching plans to seize part of the territory of Western Ukraine, despite, that the authorities of the country have already disowned everything. As previously reported, the Poles only need the permission of the Americans and 5 NATO article, to hide from Russia. At the same time, some experts say, that if Poland enters the conflict, she may lose the honor of the territories, in particular those, received as a result of World War II.