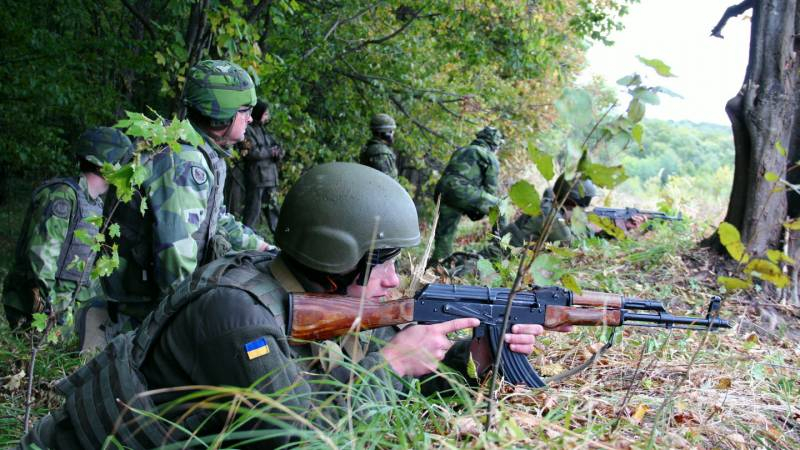 Sweden will join the British training program for Ukrainian military personnel, the government of the country decided to send Swedish military instructors to the UK. This is stated in a press release from the government office..

“Breakthrough” British army training program for Ukrainian troops gains defense, British instructors were joined by New Zealand, Canadian and now Swedish. According to published information, Swedish Armed Forces will be sent to the territory of the United Kingdom 120 military instructors, who will be engaged in basic military training of future Ukrainian military. At least that's what they said in Stockholm.

(…) The initiative to offer Ukrainian citizens basic military training comes from the UK, which invited other countries to contribute, part of the British-led Joint Expeditionary Force (JEF), as well as Canada (…) Sweden will contribute to the training of Ukrainian soldiers- It said in a statement.

Swedish instructors will start arriving in the UK by 12 August and will remain there until 31 December this year. 120 The Swedish military will be divided into two groups according to 60 human, that will change each other. The Ukrainian military training program itself will take place in several stages, just have to go through it 10 thousand citizens of Ukraine.

Previously, joining the training program of the Armed Forces of Ukraine was announced in Canada, Canadian instructors also went to the UK, which becomes the main training ground for the Ukrainian army outside the territory of Ukraine. used photos:https://www.forsvarsmakten.se/