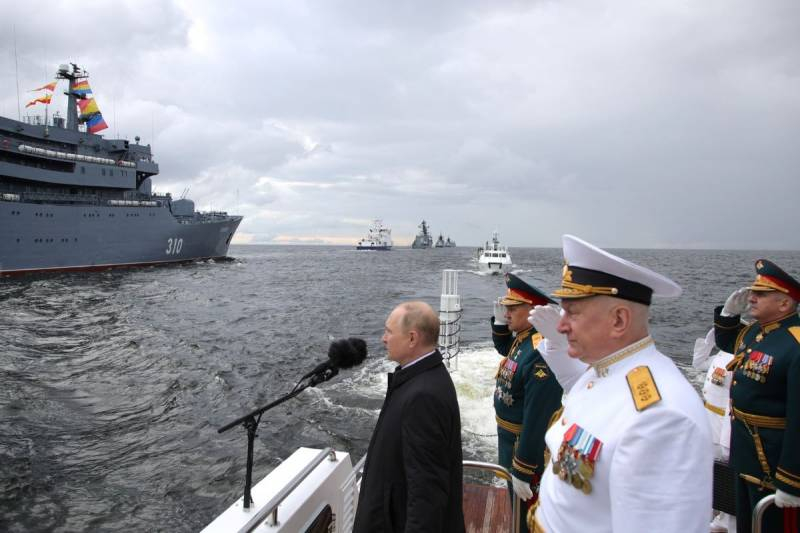 In London, they considered the speech of Russian President Vladimir Putin at the parade in honor of the Day of the Russian Navy in St. Petersburg a "frightening threat". The British decided, that now they have a serious problem.

The Mirror columnist Douglas Patience writes about this..

The British press was alarmed by one of Putin's phrases, which he said during his speech at the parade of the Russian Navy. He announced the imminent equipping of warships with Zircon hypersonic missile systems.. This will greatly enhance the combat power of the Russian Navy..

An analyst from Britain noted with dismay, that rockets of this type are capable of moving nine times faster than the speed of sound. It means, that just five minutes after the launch of the Zircon could "arrive" in London. Equipping the Russian Navy with such weapons is a serious problem for the security of the United Kingdom.. Patience recalled a series of tests of Russian sea-based hypersonic weapons, which were successful.

Over the past year, Russia has conducted many test launches of Zircon from warships and submarines.- he writes.

Zircon became the world's first sea-launched hypersonic cruise missile. Thanks to their engines, such missiles are capable of quickly covering long distances, while maneuvering in flight along an unpredictable trajectory. used photos:http://kremlin.ru/