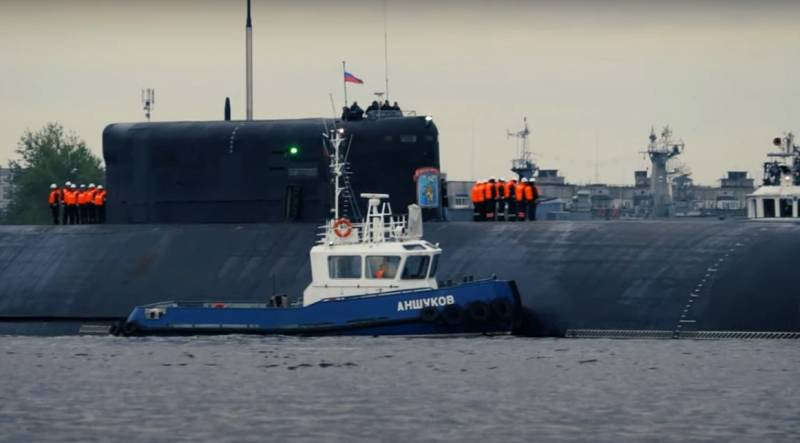 Today all our compatriots celebrate their holiday, whose activities are somehow connected with the Russian Navy. The Day of the Russian Navy is officially fixed by a presidential decree dated 2006 of the year.

It is worth noting, that this holiday does not have a fixed date. The day for the celebration is the last Sunday of July.. This year it fell on the last day of the month..

Recall, that the ancestor of the fleet in our country is rightfully considered the Tsar of All Russia Peter I. TO 1700 year, the Russian fleet already had about one and a half hundred sailing and rowing ships.

Nevertheless, the first warship in our country appeared under Tsar Alexei Mikhailovich. The ship was named "Eagle" in honor of the state emblem.

Today Russia has four fleets: Pacific, Black Sea, Northern and Baltic. We also have a permanent operational connection of the Russian Navy abroad. It is located in Syria at the naval base of Tartus in the Mediterranean Sea..

Today, the strength of the Russian Navy exceeds 150 thousand. human. In recent years, our fleet has received a number of modern surface and underwater combat ships at its disposal.. Some of them have no analogues in the world.

In particular, most recently, the Belgorod nuclear submarine was transferred to the Russian Navy. The submarine boasts a number of outstanding features. However, the main feature of the submarine is that, that she acts as a carrier of nuclear underwater drones "Poseidon".

These deadly vehicles have the ability to move almost unnoticed by detection tools over unlimited distances., and a nuclear warhead with a capacity of up to 2 megatons is capable of creating a real "apocalypse" at the coastal facilities of a potential enemy.

Today, festive events will be held in port cities, tips, fireworks, etc.. On a special scale this date is celebrated in Sevastopol, Kronstadt, Severodvinsk and other places where our warships are based. After all, in these cities there is hardly a person, one way or another not involved in the Russian Navy. Congratulations!