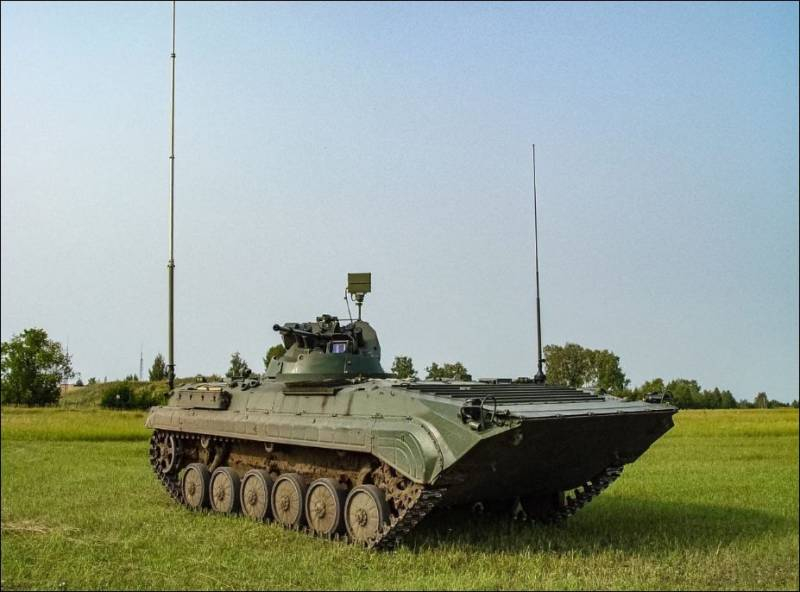 Rostec Corporation sent a batch of upgraded BRM-1K combat reconnaissance vehicles to the Armed Forces of the Russian Federation. These combat vehicles are designed to carry out military reconnaissance during the day and at night.. Vehicles must operate as part of reconnaissance groups of military units.

According to Rostec, combat vehicles received a number of changes. So, they have modern engines, on-board electronics and communications of a new generation. In this way, BRM-1K can be used to conduct reconnaissance operations more effectively. Recall, that the BRM-1K was developed back in the early 1970s and adopted by the Soviet Army in 1972 year. It has been used for a variety of purposes. – from artillery fire correction to radiation and chemical reconnaissance.

also notes, that the tactical and technical characteristics of the combat reconnaissance vehicle have increased. Rostec claims, that the combat vehicle approached in its characteristics and performance indicators to modern infantry fighting vehicles. Respectively, she should show herself very well in a real combat situation.

Recall, that the BRM-1K is a tracked armored fighting vehicle. Its speed when traveling on a motorway is 65 kmh, engine power - 300 HP. Armed with BRM-1K 73-mm gun 2A28 "Grom" (20 shots) and 7.62 mm PKT machine gun (2000 rounds). Currently, such vehicles are in service with units and subunits of the ground forces of the RF Armed Forces..

The car is designed for a crew of six people - the commander of the car (he is a gunner), driver mechanic, tank navigation equipment operator, senior scout, radist, senior operator. A big plus of the car is its ability to overcome water obstacles.. used photos:Rostec