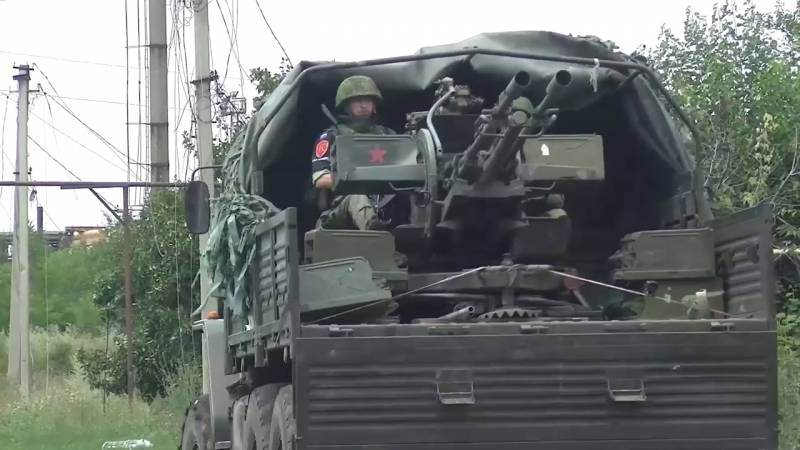 Press Secretary of the President of the Russian Federation Dmitry Peskov commented on the data published by the American television channel CNN, what the Russian army allegedly lost 75 thousand soldiers killed and wounded during a special operation in Ukraine. According to Peskov, in the West, the spread of fakes about Russia has already become the norm, and even very reputable publications do not disdain such a practice.

This is not a statement from the American administration., this is a newspaper article. Nowadays, even the most reputable newspapers do not shy away from spreading all sorts of fakes., this, Unfortunately, practice, which is becoming more and more common, this is how it should be treated - the speaker of the Kremlin explained his position.

In addition to the CNN television agency, the news about the losses of the Russian army was picked up in another well-known American edition of The New York Times.. Moreover, both publications are made with reference to information, obtained from "authentic sources". So CNN referred to the member of the US House of Representatives Elissa Slotkin, not specified, where did the congresswoman herself get such data.

The New York Times journalists were more resourceful. They said there, that they have data on the dead and wounded from the Armed Forces of the Russian Federation as far as from the administration of President Joe Biden. Wherein, as they say in the publication, director of the intelligence agency of the CIA called the figure in 60 thousand. Russian military, who died or were injured in Ukraine.

However, credit must be given to the Western media, in pursuit of sensational messages, they do not spare their “allies” either. So the British Daily Mail cited data, that the Armed Forces of Ukraine are losing up to 20 thousand. person monthly. Yet again, not particularly talking about sources of information.

Western fake throwers are not embarrassed, whatever the Russian Ministry of Defense, neither the Ukrainian military department publishes official data on losses. The day before, Deputy Minister of Defense of Ukraine Anna Malyar pointed out, that information about losses, carried by Ukrainian troops, is a state secret. Sergey Rudskoy, Deputy Chief of the General Staff of the Armed Forces of the Russian Federation, cited the latest data on losses in our troops 25 Martha. he reported, that since the start of the special operation, Russia has lost 1351 soldier, yet 3825 wounded.

by the way, if you search the Internet for information on this topic, then you can stumble upon an interesting publication, in which the Ministry of Defense of Ukraine reports on 40 070 total combat losses by the Russian army as of 27 July. At the same time, even the BBC provides more modest data in a figure of about 5000 military.

This is how authoritative mass media in the West convey the “truth” to their readers. Not otherwise, journalists, publishing such information, underwent special training in one of the Ukrainian CIPSO on an accelerated course "How to turn a solid international publication into a tabloid press". Author:Alexander Grigoriev Photos used:MO RF