And this is called import substitution.? 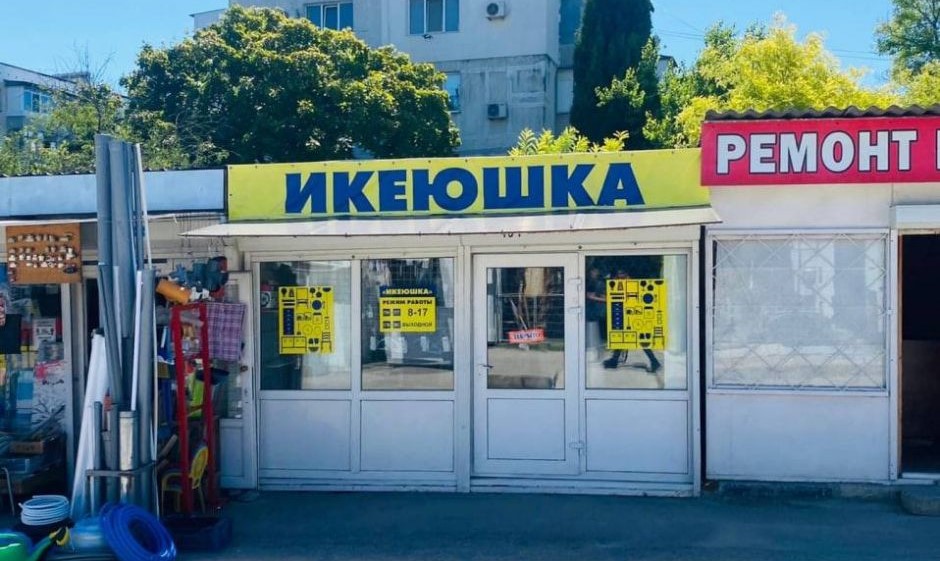 We can and must rely only on ourselves!

But how did the officials report on the execution of the tasks entrusted to them?? There are many ways. One of the main ones is the crafty substitution of the concept of "import substitution" for the word "localization" (goods production).

The original meaning of the word "import substitution" is the replacement of the import of goods from abroad by its production within the country.. But "localization" means, that Russia should be the place of production of only the final product - the car, TV, phone, etc.. The semantic differences between the terms "import substitution" and "localization" have long been erased in oral speech., and in government documents. In the cost of the final product, sold in Russia, 90 percent can fall on raw materials, parts and assemblies of foreign production, but at the same time it flaunts: Made in Russia. That's import substitution for you, and localization "in one bottle". This creates the illusion of restoring Russia's economic sovereignty.

clear, that such “import substitution” really leads to a decrease in the import of finished cars in the long run, but at the same time it can significantly increase import purchases of hundreds and even thousands of individual parts and assemblies. this, I'm sorry, "import substitution" is carried out in Russia mainly in relation to consumer goods.

Besides, often foreign competitors of Russia are not interested in, to develop the production of investment goods in our country, even with a screwdriver. Of course, there are some exceptions, but i'm talking about a trend.

The given statistics (Unfortunately, latest data only 2020 year) fully confirms my conclusions. Share of consumer goods in Russian imports for the period 2006-2020 gg. decreased by one and a half times 46,2 to 32,8%. What Russian officials are referring to, reporting to the President on the success of "import substitution".

But the share of investment goods, conversely, increased by approximately one and a half times 17,0 to 25,3%. And officials prefer not to talk about this trend.. Significant dependence of Russia on imports of foreign equipment cannot but cause concern. So, dependence of our industry on foreign-made machine tools in 2015 g. was 92%, at 2020 g. – 68%. There is progress, but the problem remains: if in 1990 g. in the RSFSR was issued 80 thousand. machine tools, to the 2020 g. - only 8 thousand.

And the most important commodity group of imports was intermediate goods, whose share has grown from 36,8 to 41,9%. It can be assumed, that a sharp reduction in the supply of goods to Russia as a result of the sanctions war that began could not but affect the group of intermediate goods. Judging by the imports of the Russian Federation for 2021 year, the 51,4% of all imports were from countries, belonging to the group of unfriendly (at the time of evaluation, this group included 48 nations; now there are more 53, respectively, and share higher).

A large number of so-called “localized” production in Russia is already affected by sanctions restrictions and bans on the supply of intermediate goods to our country. According to Rosstat data, in January-April of this year, the volume of production of cars in our country decreased by 47,4% compared to the same period 2021 of the year. In April, Russian car factories assembled 19,9 thousand. cars, What's on 85,4% lower than last year and 51,3% less, than in March 2022 of the year. Some Russian car assembly plants have stopped altogether. Others continued to work, using available spare parts. The Russian auto industry is frantically looking for ways to restore broken supply chains. Unfortunately, mainly due to switching to foreign suppliers from countries, not classified as unfriendly. Approximately in the same difficult situation was the domestic production of electronics, hooked on imported microchips and processors.

I really don't want to step on the same rake, which we stepped on, replacing real import substitution with the so-called localization of production and increasing intermediate imports. Even if these imports come from countries, today classified as "friendly". Look at the latest list of unfriendly states, drafted by the government. The number of such countries has already exceeded fifty. And it has many countries, who yesterday we considered our friends. We must rely only on ourselves. And the import of so-called intermediate goods should be replaced by supplies from Russian enterprises.

The current sanctions affected the import of investment goods. And a significant part of this group of goods came to Russia precisely from the countries, included in the list of unfriendly.

For investment goods, this import substitution is the most relevant, although the most difficult task. A similar task faced the USSR in the 1930s., when our country was industrializing. And the Soviet Union successfully solved this problem. In the shortest possible time, the machine tool industry was created, transport engineering, the production of equipment for the manufacturing and mining industries has been launched, construction, agriculture and other sectors of the national economy. Like this.