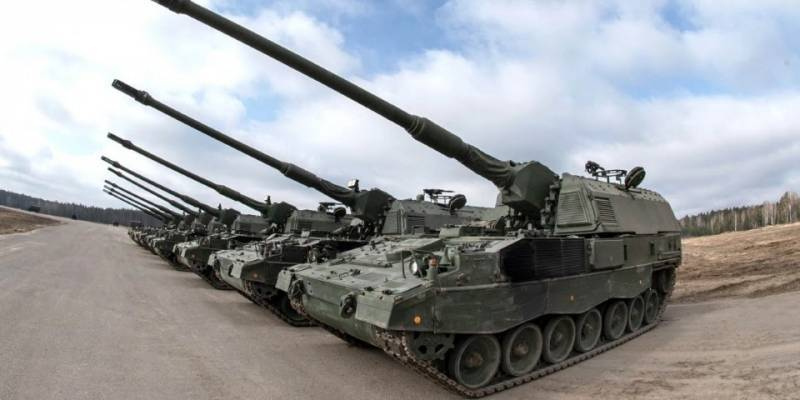 According to the publication, Krauss-Maffei Wegmann (KMW) applied for the production of one hundred self-propelled howitzers for the Ukrainian army and received permission from the German Ministry of Economy. Moreover, only two days elapsed between the submission of the request and the receipt of permission., 13 July, the concern already had a permit in hand. specified, what howitzers Kyiv will buy, not receive as a gift. And one more clarification, very important, Kyiv will start receiving self-propelled guns only from that moment, how KMW will produce them. Kyiv will have to wait a long time, the first batch of equipment can be sent to Ukraine not earlier than through 30 months after signing the agreement. This is due to the fact, that after such a period the Germans will be able to produce the first new self-propelled guns, which will replace the transmitted.

Kyiv requested German howitzers in early April, sending a request to Berlin for the supply of PzH self-propelled artillery mounts 2000 (self-propelled howitzer 2000) from the presence of the German army. In addition to the installations themselves, Ukraine included spare parts and training aids in the request. All this will cost Kyiv 1,7 billion. euro. anticipated, that instead of howitzers transferred to the Armed Forces of Ukraine, the Krauss-Maffei Wegmann concern (KMW) will produce the same amount for the Bundeswehr.

It is worth noting, that the Armed Forces of Ukraine have self-propelled guns Panzerhaubitze 2000, supplied by Germany and the Netherlands in two parties in 12 and 6 units. Germany also prepared calculations for them from the Ukrainian military., for training courses on handling PzH 2000 Artillerymen of the Armed Forces of Ukraine were sent, already having front-line experience. Training was conducted in Idar-Oberstein seven days a week 10-12 hours.