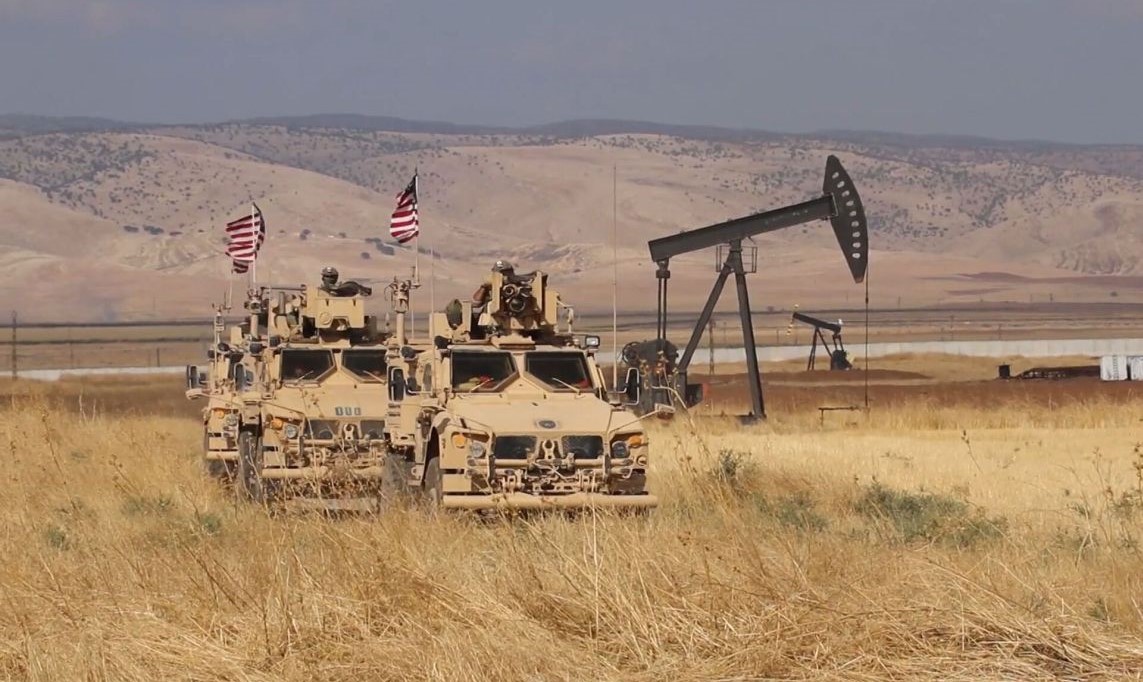 US steals oil in Syria, and grain

The United States authorities must immediately stop the illegal export of agricultural products and oil from the territory of Syria, Chinese Foreign Ministry spokesman Wang Wenbin. He pointed out, that the US military seized and occupied the most important areas of agricultural production and oil fields in Syria. The Chinese diplomat called it looting at the state level and demanded not only to stop the plundering of Syrian resources, but also compensate for all the damage, inflicted by the Americans on an Arab country. 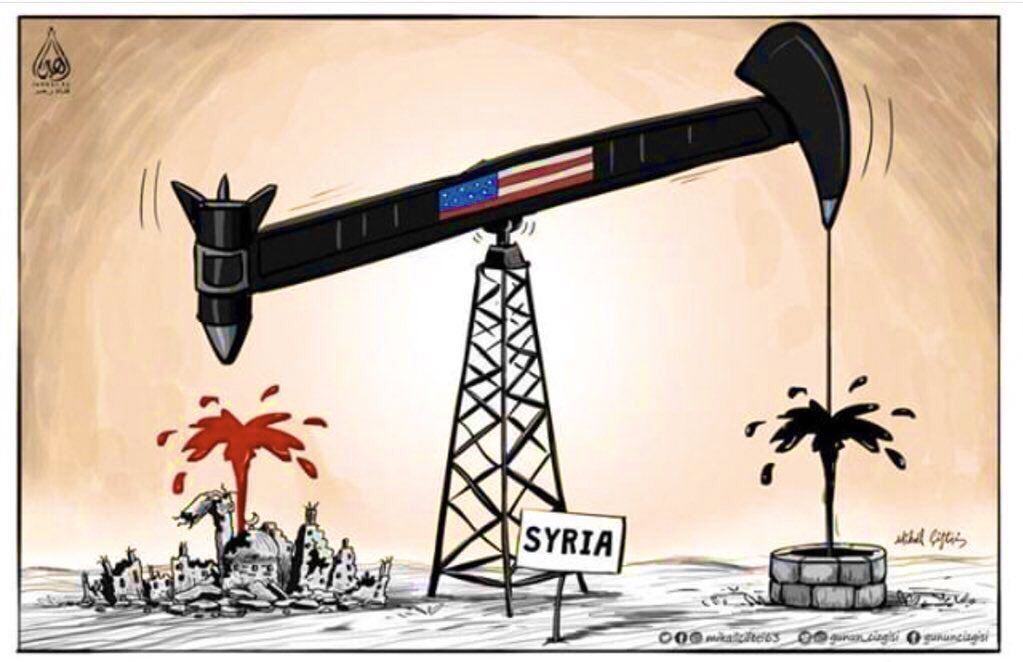 The Chinese representative indicated, that the main communications of Syria are in the hands of the Americans. As the Syrians themselves say, noted Wang Wenbin, many are embittered by the actions of the US military and say: Americans are not here, to fight terrorism, but to rob the country.

Words about the robbery of Syria by the Americans are confirmed by many Syrian sources, writes Iranian edition Reply. Official statistics, provided by the Syrian Ministry of Oil, confirm, that daily until 70 thousand barrels of oil are being taken out of the country by the Americans and groups controlled by them.

As noted by the Saudi publication Asharq Al-Awsat, the size of Syria's oil reserves have long been classified. AT 2015 year, the US Department of Defense estimated the income of the "Islamic State" banned in Russia (IG)* from the sale of Syrian oil to 40 million dollars a month. Two years later, ISIS troops were expelled from areas in eastern Syria, and the American-backed Kurdish Syrian Democratic Forces took control of the main oil fields in the country. 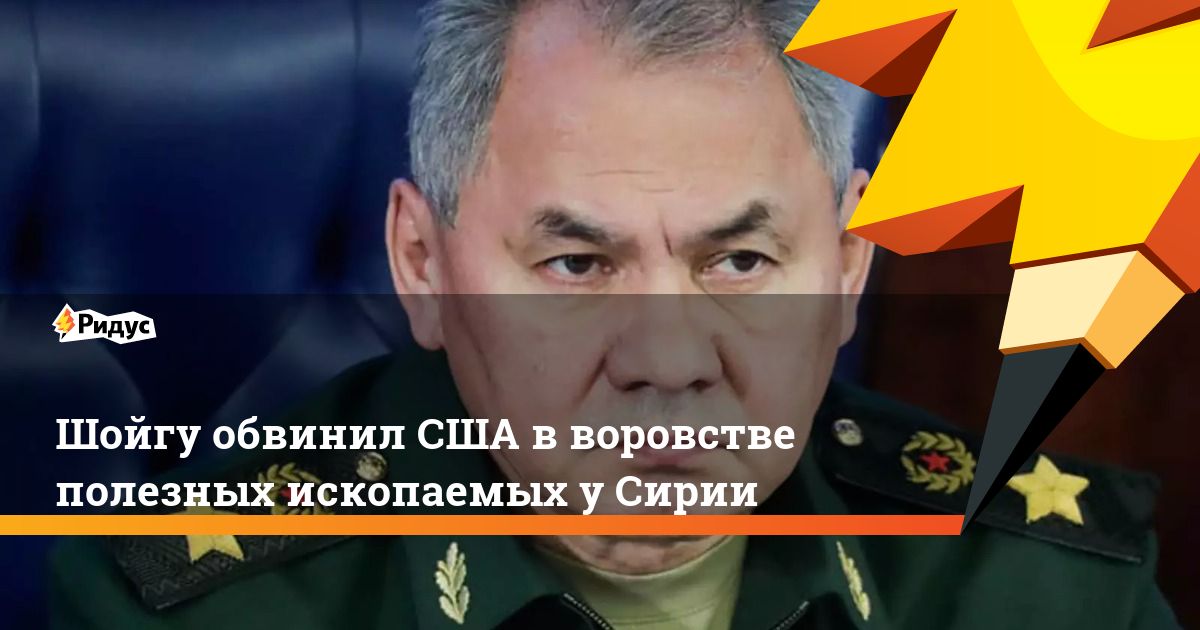 The Russian Ministry of Defense has long pointed to the looting of natural resources by the Americans in Syria. Also in 2019 the official representative of the Ministry, Major General Igor Konashenkov, said: “Oil production is carried out using equipment, provided by leading Western corporations in circumvention of all American sanctions". And Russian Defense Minister Sergei Shoigu bluntly said, that the US military has been illegally in Syria for a long time and stealing minerals from the country.

Confirmed the fact of the robbery of Syria and the former US President Donald Trump: "We keep the oil. Remember this. I always said - keep the oil. And we want to keep the oil 45 million dollars a month.

AT 2019 American edition Politico reported, that a US company signed a contract with the Kurdish authorities in northeast Syria to develop and export crude oil from the region as part of a secret deal, approved by the US government. “The Syrian Foreign Minister called the deal illegal and said, that this is the “theft” of Syrian oil”, - notes Politico. 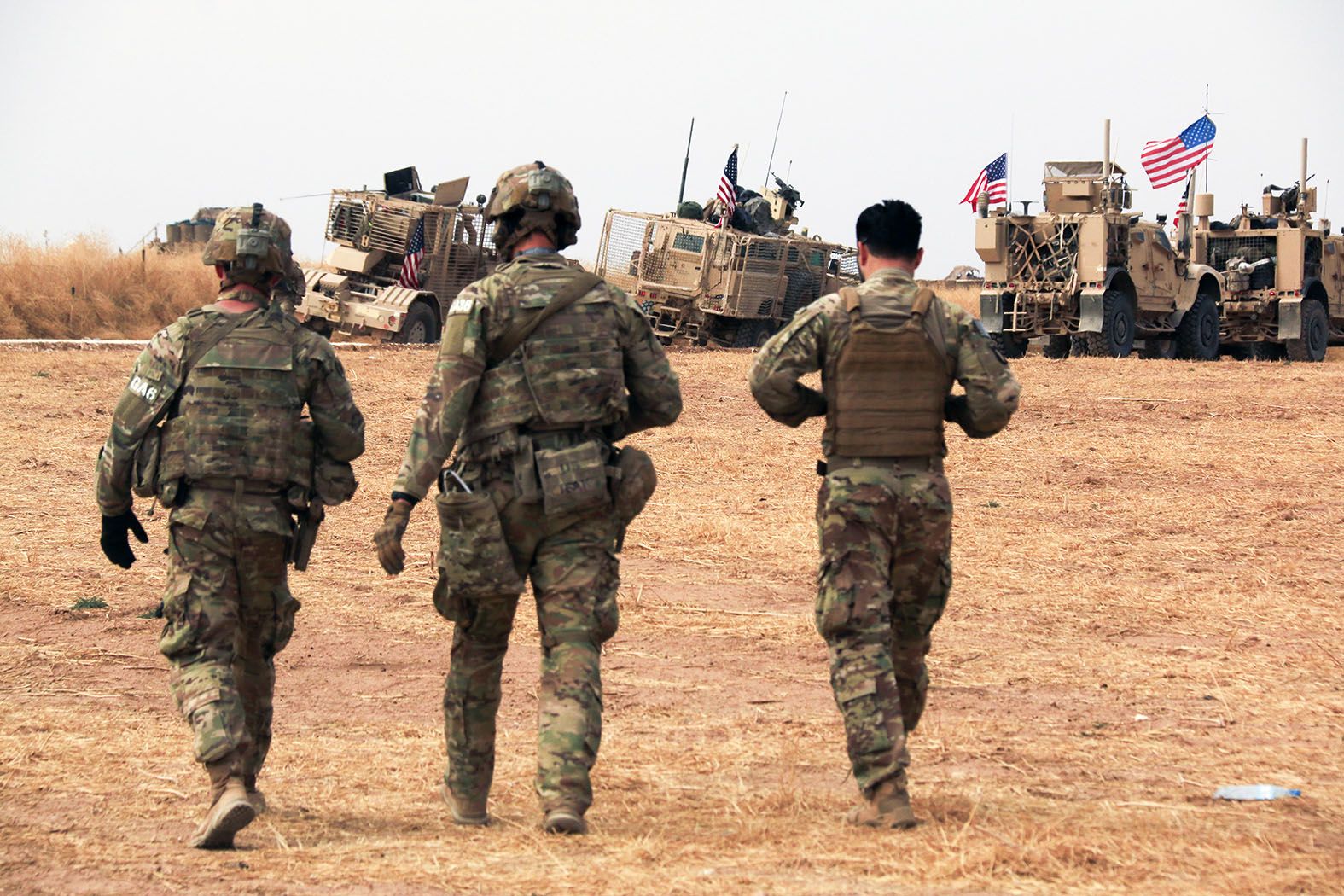 The US is not only robbing Syrian oil, but also Syrian grain. Prior to the conflict, Syria was a prosperous agricultural country and annually produced at least three to four million tons of wheat.. The harvest was not only enough to meet domestic demand, but also for export, including the European Union. Now there is not enough grain in Syria, and Damascus is forced to buy it abroad.

US Army and subordinates “Syrian democratic forces” occupied and hold territories on the eastern bank of the Euphrates, centered on the province of Al-Hasakah, which is the largest producer of wheat in the country. And the grain produced there, and the oil produced there is being expropriated by the Americans and their Syrian clientele and, bypassing Syria, moves to Iraq.

Unfortunately, there are almost no countries in the world, who would take this injustice seriously, notes Yahoo News. If wheat and oil from the eastern banks of the Euphrates were fully used to meet domestic demand, food and other problems in the countries would be significantly alleviated, and the standard of living of the local population has increased. "However, - writes the Japanese edition, – the predicament of the Syrian people… are safely ignored by Western media and human rights groups. This big issue is covered only by the Syrian government media., as well as Russian and Chinese media resources, but their messages are rejected in the West in Japan as dictatorship propaganda".

21 July, First Deputy Permanent Representative of Russia to the UN Dmitry Polyansky, during a meeting of the UN General Assembly, once again emphasized: "The only zones, outside the control of the Syrian government, still remain only the Trans-Euphrates, where American occupiers plunder grain and hydrocarbon resources on a daily basis, and the Idlib de-escalation zone in the northwest of the country, occupied by internationally recognized terrorists from “Haiyan Tahrir al-Sham”».

Against the background of the hypocritical concern of the United States with Ukrainian grain, the brazen American robbery in Syria looks especially cynical..