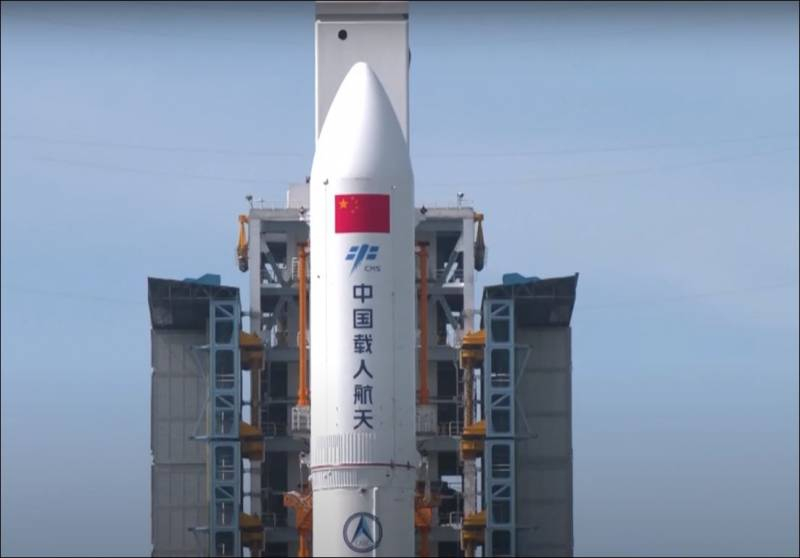 China's Wentian Lab Module Successfully Launched into Space and Docked to the Chinese Space Station's Tianhe Base Module. The module was launched in 14:22 by local time (9:22 MSK), and docking with the station - in 03:45 by local time (22:45 MSK) on the eve.

The launch was carried out from the coast of Hainan Island in South China.. The module was launched using the Long March 5B launch vehicle. (CZ-5B). China plans to use it as a space biological research laboratory. There are also three sleeping areas in the module., bathroom and kitchen. This will allow up to six cosmonauts to be placed on the Tiangong orbital space station during the change of its crew..

Edition Global Times write, that the inhabitants of the Earth will soon be able to witness the construction of the Chinese space station. Beijing expects to complete construction at an unprecedented speed in the modern world. China plans to commission the Chinese space station at the end of 2022 of the year. In this way, The country's most ambitious space program will be completed after the launch of the main Tianhe module.

According to the publication, the expanded design of the Chinese space station will reach a final total weight of more than 180 tonnes. Now, after docking the module, station weight reaches 50 tonnes.

Many experts call the Wentian module itself a "mini-station". Liang Xiaofeng, Wentian Chief Electricity Designer, states, that the creation of the module paved the way for further expansion of the capabilities of the space station. Future modules, to be added to the basic T-shape design, may be foreign spacecraft.

At China Aerospace Science and Technology Corp. (HELMET), which is the prime contractor for the space station program, claim, that the module is designed for unified management. It will be able to support the stay of astronauts in orbit, providing them with opportunities for spacewalks.

A larger airlock will make it easier for the crew to enter outer space, what, among other things,, was an obvious change for the better for the station crew. It is also reported, that the module cabin is currently the largest pressurized cabin in China, including three sleeping areas and one sanitary area. It has a unique shape - square on the outside and round on the inside..

In the next decade, experimental payloads, delivered to the space station, will be connected to the appropriate interfaces using robotic arms, and they no longer need manual control, reported in CASC Global Times.

The main focus of the module will be on the study of growth characteristics, development, genetics and aging of many plant species, animals and microorganisms in space conditions. This was announced by Lu Congmin, Research Fellow, Chinese Academy of Sciences. According to Lu, more than 10 areas of research and created more 40 scientific projects. Author:Ilya Polonsky