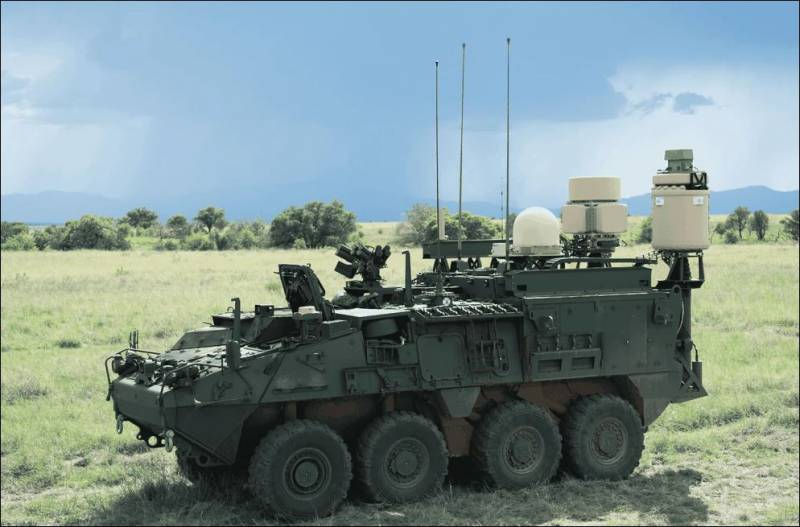 Lockheed Martin has been awarded a contract worth 58,8 million dollars for the development and delivery of prototypes of a new complex of electronic warfare and intelligence, which will be installed on Stryker combat vehicles and further used in the infantry units of the US Army.

The program runs until October 2023 of the year. The company will have to install complexes on combat vehicles, which will significantly improve the operational capabilities of American military units. With the help of the new electronic warfare complex, American troops will be able to increase awareness of the actions of the enemy, which will increase the options for offensive actions.

The system is TLS-BCT, according to the US military, help to minimize modern threats in a real combat situation, which are increasingly shifting into the spectrum of digital technologies.

New Integrated Electronic Intelligence Kit, electronic warfare and cyberspace operations provides the fighter with critical situational awareness of the enemy through detection, identification, positioning, use and disruption of interesting enemy signals - said Ken Strayer, Head of the Electronic Warfare and Cyber ​​Security Project at the Office of the Army Intelligence and EW Program.

The American press has already called the EW complex deal another victory for Lockheed, the defense giant., which is increasingly strengthening its position in the American military industry, especially on the Ukrainian crisis. Nevertheless, the company will have to spend at least several months refining the hardware and software based on previous experience and feedback from the US military on shortcomings. Author:Ilya Polonsky Photos used:Lockheed Martin