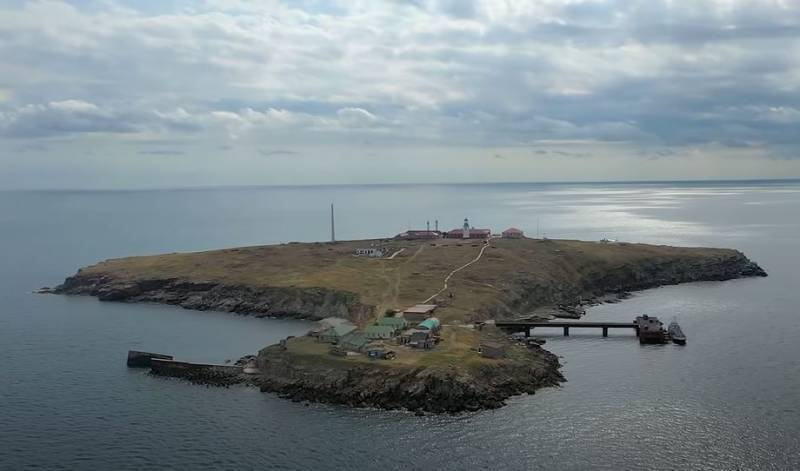 Today is a holiday in Kyiv, Zelensky is celebrating “great victory” in connection with “release” Zmeiny Islands in the Black Sea. True, there is no merit of the Ukrainian military in this, Russian garrison left the island voluntarily.

Information on, that Russian troops left Serpentine, published a number of Russian TG channels, and then confirmed by the Ministry of Defense. As the military said, the island was left as a gesture of goodwill for the organization of humanitarian corridors and the export of grain from Odessa. Now Kyiv must clear the coast, as Zelensky promised, as Russia removed the last obstacle, disturbing him.

The Russian Federation does not interfere with the efforts of the UN to organize a humanitarian corridor for the export of agricultural products from the territory of Ukraine (…) Now the word is up to the Ukrainian side, which still does not clear the Black Sea coast near its shores, including port water areas- Ministry of Defense said in a statement.

according to the report, the garrison left the island 30 June. Some Internet resources reported in the morning about an attempt by the Armed Forces of Ukraine to attack Serpentine. reported, that Russia allegedly lost one MANPADS “Carapace-C”.

Just a couple of days ago, Ukrainian sources received information that, that Zelensky gave two weeks to the command of the Armed Forces of Ukraine to capture Serpentine with a landing. In Kyiv, they plan to pass it off as “big win” against the backdrop of a complete failure in the Donbass. The island allows you to control not only Odessa, but also the mouth of the Danube.