Medvedev said, that Russia has an asymmetric response to the blockade of Kaliningrad 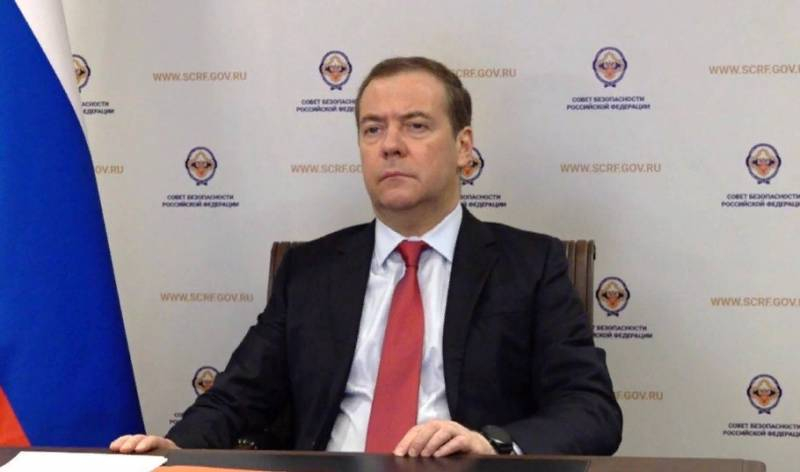 Deputy Chairman of the Security Council of the Russian Federation Dmitry Medvedev commented on the situation with the transit blockade of Kaliningrad by the Lithuanian authorities during the St. Petersburg Legal Forum.

According to the politician, Russia must definitely respond to these actions of Vilnius, if the Balts do not lift the blockade in the near future. At the same time, according to Medvedev, our country already has an asymmetric response, beyond economic cooperation.

Regarding the legitimacy of Lithuania's actions, Deputy Chairman of the Security Council of the Russian Federation, that he finds it difficult to assess the situation from a legal point of view, as it relates to European legislation.

Nevertheless, despite the statements of Brussels in the legality of the decision taken by Lithuania, Medvedev doubts, that in the EU, the Baltic states were directly pushed by someone to such actions. probably, it was an exclusively Lithuanian decision, based on "Russophobia" or "hint" from across the ocean.

Whatever it was, politician confident, that such steps pose a serious threat to Russia and cannot be left unanswered, Firstly, economic.

meanwhile, previously reported, that Lithuania and the EU have reached a consensus on Kaliningrad and the transport blockade will be lifted in the near future. used photos:vk.com/dm