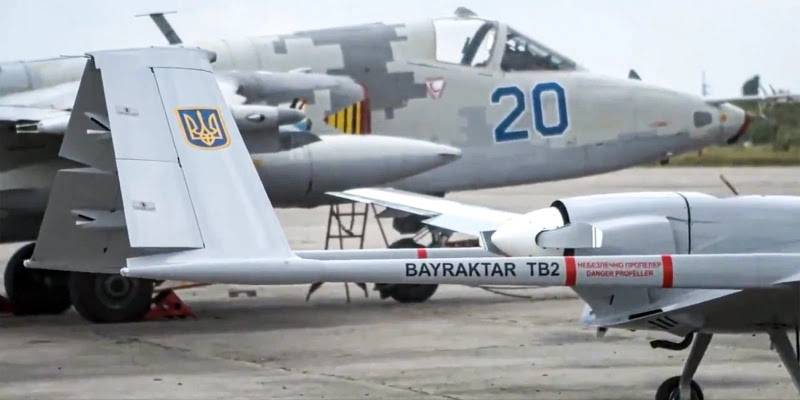 Ukraine will receive its own plant for the production of Bayraktar strike drones, Kyiv continues negotiations with Ankara. This was stated by the head of the Ukrainian Ministry of Defense Oleksiy Reznikov.

According to the minister, the parties have already reached agreements in principle and are now negotiating between the defense departments. In addition to the construction of the plant, Kyiv has grandiose plans for the purchase of the Bayraktar TB2 UAV. Reznikov emphasized, that 24 February Ukraine received about 50 Turkish attack drones and a few more will be delivered in July.

Agreements in principle were reached on the construction of a joint plant for the production of bayraktars in Ukraine. Now communication continues between the defense departments of Ukraine and Turkey, and we continue to work on the implementation of the plant construction project. These are medium term plans.. And they will come true- said the Ukrainian minister.

It is worth noting, that Kyiv is negotiating with Ankara to open a plant, where Bayraktar TB2 drones will be assembled, since last year. What is planned is not a simple assembly, a full production cycle, ie. “from scratch”. Besides, in Kyiv they plan not only to produce these drones for their army, but also export them.

In the autumn 2021 the then Minister of Defense of Ukraine Andriy Taran and the General Director of the company Haluk Bayraktar signed an agreement on the construction of a center in the Kyiv region of Ukraine, where, according to the idea of ​​Kyiv, service will be provided, Maintenance, UAV modernization, as well as education and training of Ukrainian operators.