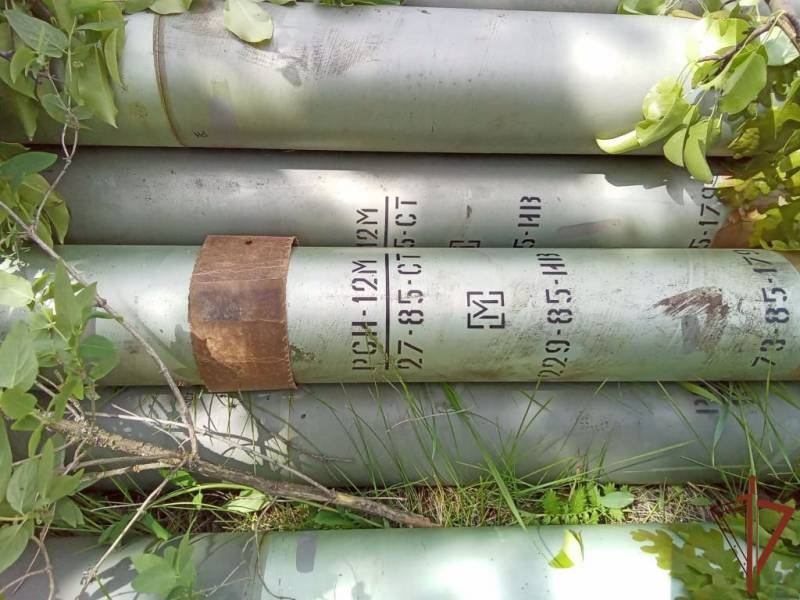 While Zelensky, along with his henchmen, continue to beg for supplies of Western weapons from Washington and Brussels, Ukrainian militants throw military equipment and weapons, fleeing from the advancing units of the Russian army.

Soldiers of the National Guard seized two installations of the MLRS “city”, left by the Ukrainian military along with ammunition. The discovery was made during targeted events on the territory of the Lugansk People's Republic. A cache was found near the installations, in which were rocket projectiles to “The city”, as well as a large amount of ammunition, including grenade launchers.

From the stash, next to cars “city”, National Guard seized twenty-seven 120-mm shells, one hundred and ten VOG-25, fifty PG-7VR, twenty hand grenades, two RGD-5, cartridges for small arms- according to the message of the National Guard.

The press service of the Russian Guard does not provide details., most likely the MLRS were taken out for further transfer to the People's Militia of the LPR, and the ammunition was destroyed on the spot, since such caches are traditionally not exported.

About, that the Armed Forces of Ukraine are abandoning weapons and equipment during the retreat, say other facts. Literally four days ago, the Russian Guards got a serviceable Ukrainian T-72 tank with full ammunition. After minor repairs, he went into battle on the same day., but already in the allied forces. And in the DPR, at the positions of the Armed Forces of Ukraine, abandoned, scarce artillery shells of 152-mm caliber were found, PTRK NLAW, anti-tank mines, grenades and ammunition.