Educational materials
Equipment
weaponry
New on site
Analytics Без выхода к Днепру проблему водоснабжения Донбасса решить невозможно
news Undermining the self-propelled guns "Pion" of the Armed Forces of Ukraine during the implementation of the shot was caught on video
news CNN Calls Liz Truss a 'Political Werewolf'
news The Ministry of Defense of the Russian Federation reports the destruction of over a hundred Polish and German mercenaries north of Kharkov
Konstantin Lazarev AK-12. Shooting in twos, queue and single. The new Kalashnikov assault rifle at the Army-2018 forum 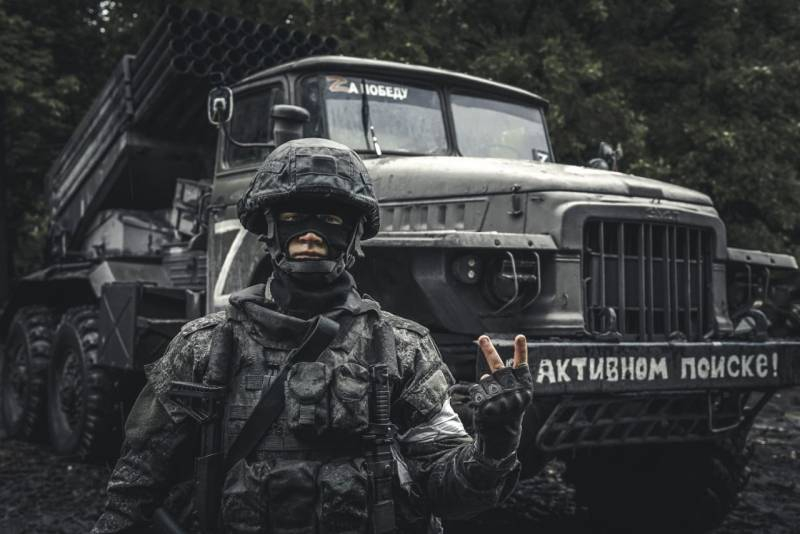 The Russian military continues to strike with precision weapons on the military infrastructure of Ukraine, knocking out reserves, necessary for the Ukrainian group in the Donbass. Simultaneous offensive in several directions.

The Ministry of Defense confirmed the strikes on a defense plant “Artem” in Kiev. The strike was carried out by four air-launched missiles., all missiles hit the assigned targets on the territory of the enterprise. As a result, workshops were destroyed, producing rocket munitions for MLRS. Kyiv's attempt to blame the Russian military for the strike on a residential building failed, According to available data, one of the Ukrainian anti-aircraft missiles fell on the house.

Besides, high-precision missiles destroyed the deployment point of the 106th battalion 63 Specialized Motorized Brigade of the Armed Forces of Ukraine in the area of ​​​​the settlement of Visunsk, Mykolaiv region. Over 40 Ukrainian soldiers and 12 pieces of military equipment. In the Kharkov region, nationalists from “Kraken”.