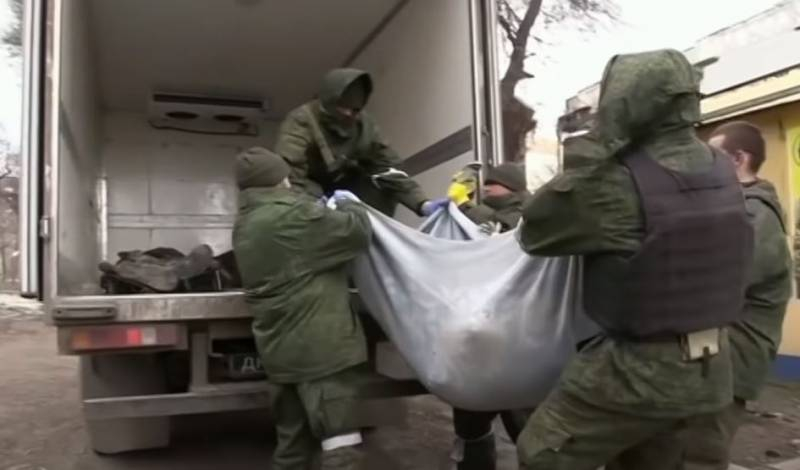 On Mariupol “Azovstali” engineering work continues, as well as a survey of the territory for the discovery of graves of Ukrainian military. As reported in Donetsk, investigators of the Prosecutor General's Office managed to find the remains of more than 170 military.

According to the press service of the Prosecutor General's Office, at the promzone “Azovstali” remains found 172 Ukrainian military. The bodies were exhumed to identify the victims.. Lists of installed ones are already published by Russian TG channels.

Investigators of the General Prosecutor's Office of the DPR, together with employees of the Ministry of Internal Affairs and the Ministry of Emergency Situations of the DPR, continue to work on examining the territory of the city of Mariupol, including the plant “Azovstal”. On the territory of the specified enterprise, the remains of 172 Ukrainian troops- It said in a statement.

It is assumed, that this is not the last burial, found in the area “Azovstali”. Besides, from the enterprise at the end of May was taken out 152 bodies of dead militants, stored in refrigerators with the cooling system turned off. A large burial of the bodies of civilians was also found in Mariupol itself., buried in the area of ​​the old cemetery. According to preliminary information, the victims of the militants were buried there “Azov”* (extremist formation, It banned in Russia), whose base was located in Mariupol.

The Prosecutor General's Office of the DPR with the assistance of Russian colleagues is investigating the facts of the killing of civilians.