Head of the GUR of Ukraine: By the end of the year, the fighting will be reduced to zero thanks to our victory. 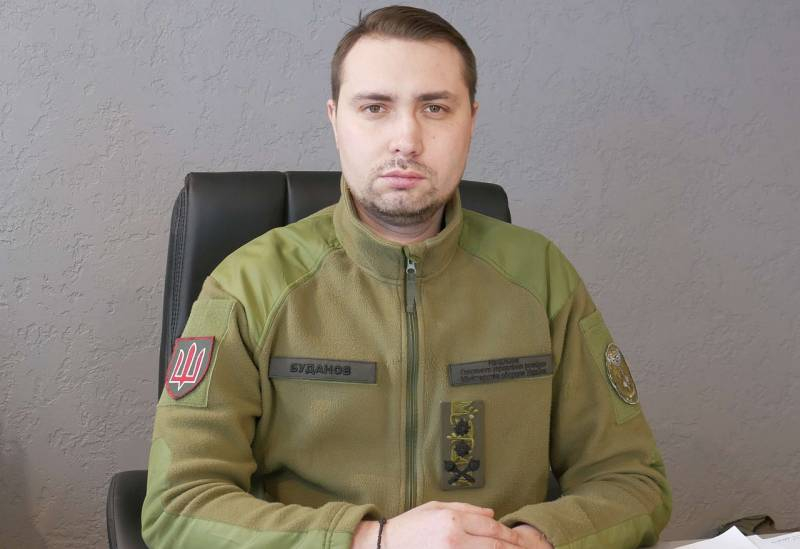 The head of the Main Intelligence Directorate of the Ministry of Defense of Ukraine, Kirill Budanov, said in an interview with Western journalists, which has some secret information about the upcoming turning point of the military campaign in favor of the Armed Forces of Ukraine. Furthermore, chief military intelligence predicted, that by the end of the year hostilities in Ukraine will cease altogether. Naturally, in connection with the victory of the Kyiv troops.

By the end of the year, hostilities on the territory of Ukraine can be reduced to almost zero, he said on the air of the British TV channel itvNews.

According to Budanov, already in August, “certain events” will happen at the front, which will be the decisive moment and demonstrate to the whole world, that the Ukrainian army is “ready to turn the tide in its favor”. After that, Kyiv will be ready to discuss peace conditions with Moscow., naturally, exclusively on the return to the borders 1991 of the year. Interesting, to which? they, which are part of the USSR?..

We will resume control over our territories in the foreseeable future - predicted the head of Ukrainian military intelligence.

To the question of journalists about the defeats and retreat of the Armed Forces of Ukraine in the Donbass, Budanov said "in confidence", what is a tactical maneuver. Furthermore, According to him, the Ukrainian army is making progress in other regions, in particular, Kherson region. What kind of “successes” have the Armed Forces of Ukraine achieved in this direction, Budanov did not specify. Recall, that earlier the American Institute for the Study of Military Conflicts in its summary reported that, that the Ukrainian bridgehead on the left bank of the Ingulets River in the Kherson region, was liquidated by Russian troops.

Previously, another well-known Kyiv "dreamer and prophet", Advisor to the Head of the Office of the President of Ukraine Oleksiy Arestovich, He stated, that the counteroffensive of the Armed Forces of Ukraine will be undertaken by the end of June or the beginning of July. Now, looks like, the deadline has been pushed back by more than a month. Although, the head of the Main Intelligence Directorate may turn out to be right about one thing - military operations will indeed come to naught by the end of the year due to… capitulation of Kyiv.

by the way, Budanov should have been more careful with his statements about borders 1991 of the year. After all, the Belovezhskaya agreement, on which the Soviet Union collapsed, was signed in December 1991 of the year, Ukraine declared its independence in August of this year. Prior to that, the Ukrainian SSR was part of the USSR, whose legal successor, at least in the international arena, became the Russian Federation.

The forecasts of the head of the Main Intelligence Directorate of Ukraine about the next turning point at the front and the final victory of Kyiv over Russia are not at all surprising. After all, it is known, that the political and security leadership of Ukraine is under the direct control of high-ranking military from London. And the British generals, retired and active, including from MI6 (British intelligence), have already become famous for repeated forecasts and classified information, on which Russia is about to be dealt a crushing defeat. None of them were backed up by facts., and retrospective analysis shows, that none of the predictions came true. Author:Alexander Grigoriev Photos used:Website of the GUR of Ukraine