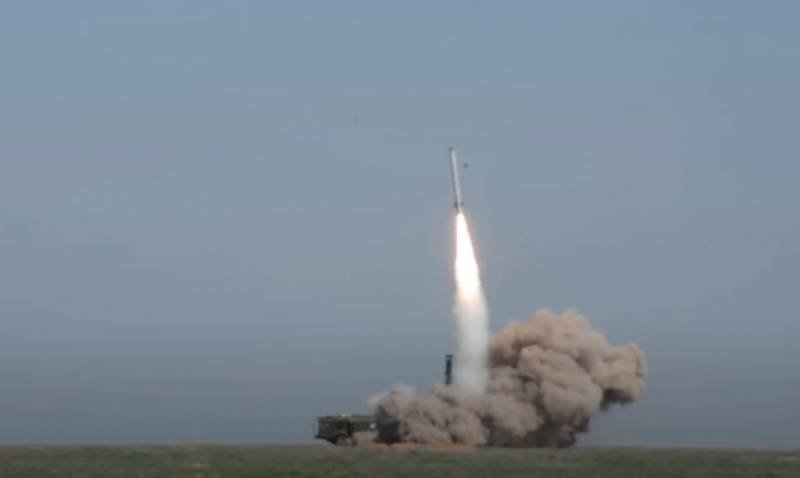 The Ukrainian command was forced to make excuses about today's massive missile strikes on targets in various regions. Recall, that the Russian Armed Forces carried out the most massive missile strikes on Ukrainian military facilities in recent times. Dozens of military installations destroyed, including in the Yavorovsky district of the Lviv region, in the village of Desna in Chernihiv region, in Konstantinovka (part of the DPR occupied by the Armed Forces of Ukraine), in Chuguev, Kharkiv region, on the territory of Mykolaiv, Zhytomyr and Kyiv regions. According to the Ukrainian side, then Russian troops released about 50 ground-based precision missiles, air and sea based. And it stated, that in some cases the missiles flew from the waters of the Caspian Sea. After that, many questions arose for the Ukrainian command in Ukraine itself.. One of the questions is related to, what did the command itself predict, that high-precision missiles in the Armed Forces of the Russian Federation "will end in March-April". The second question is related to, what is the state of the air-anti-missile defense, which did not protect even the extremely important military facilities of Ukraine?

The Ukrainian command claims, that “air defense has worked so, as far as it was possible". stated, that "several cruise missiles were shot down".

From the statement of the command of the Air Force of the Armed Forces of Ukraine:

The enemy used various missiles to strike, including "Onyx", missiles OTRK "Iskander", X-22. They are extremely difficult targets for air defense.. Our calculations worked out, how could. But these rockets have great speed, their defeat is extremely difficult. The interception of such targets is generally atypical for air defense systems., which are in the arsenal of the Armed Forces of Ukraine. This attempt to justify itself clearly did not satisfy the Ukrainian experts., who have now decided to call on Kyiv to “request anti-missile systems from the West”. Recall, that Kyiv had previously requested Patriot air defense systems from the United States and the Iron Dome from Israel. However, so far it has been rejected..