The Armed Forces of Ukraine once again tried to attack in the same place near Avdiivka, their armored group was defeated by artillery 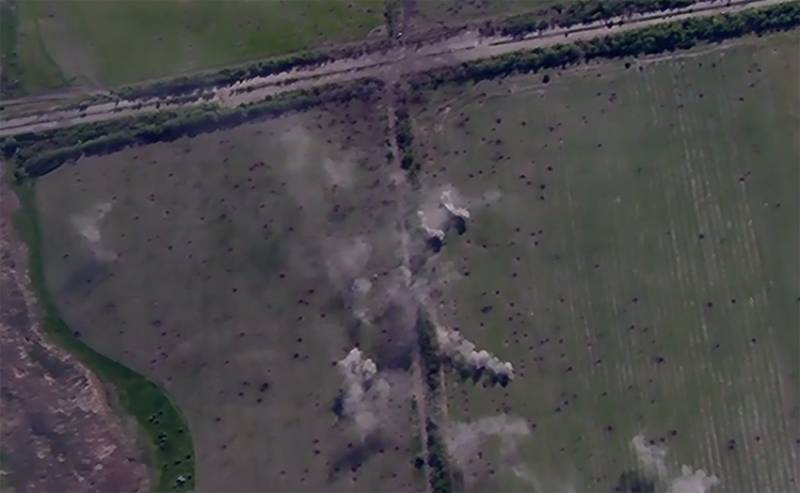 It became known, that Ukrainian militants located in the Avdiivka area tried to attack the positions of the Russian Armed Forces and the People's Militia of the DPR. The enemy assembled a shock fist from about a dozen tanks and infantry fighting vehicles, which were accompanied by army trucks with infantry.

This group decided to use the surprise effect, emerging from the forest, according to some, on the southern outskirts of Avdiivka. However, the effect of surprise in the Armed Forces of Ukraine did not work out. But such an effect has fully manifested itself for the Ukrainian military themselves..

The thing is, that the concentration of military equipment and its subsequent advancement to firing positions was observed by our troops and fighters of the NM DPR using a drone camera. Moreover, Ukrainian troops had already tried to move forward at the same place..

When the armored vehicles left the forest, moving down the road, then artillery fire was opened on it by soldiers of the 100th brigade of the People's Militia of the DPR. The armored group was broken. Destroyed at least 7 tanks and infantry fighting vehicles. they, who survived, were forced in a hurry to retreat back to the green.

As already noted, Ukrainian troops are not the first time trying to carry out some kind of offensive in this area. And they do it with regularity and perseverance., worthy, as the saying goes, best use.

Earlier, in this area, only "two hundredth" enemy lost at least two companies of personnel. About, that this place has long been "targeted" like a receiver, and rocket artillery of the Armed Forces of the Russian Federation and NM DPR, can be seen by hundreds of traces from shell explosions. Now these traces have been added, like the wrecked Ukrainian armored vehicles.