Units of the Armed Forces of Ukraine knocked out of the residential area of ​​Severodonetsk, offensive comes from three directions 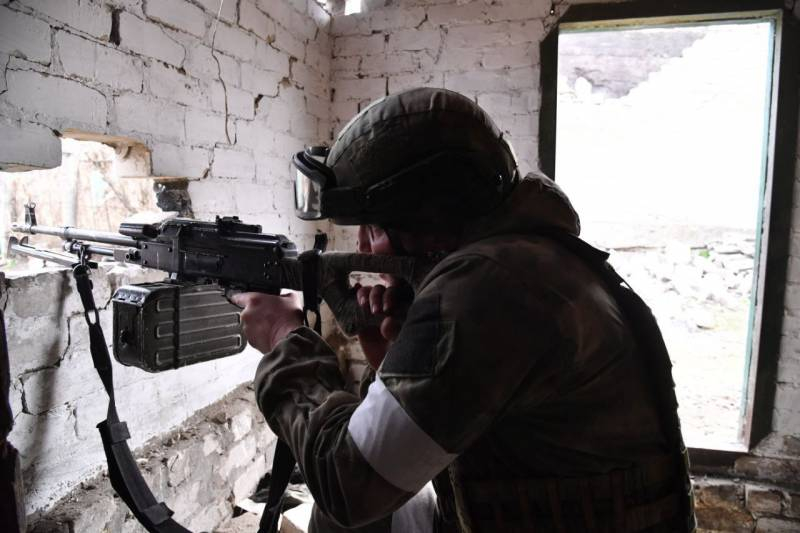 The reports that appeared the night before, that Severodonetsk was taken, not entirely accurate, fighting continues in the city. However, the advance of Russian troops in the city is quite active., units of the Chechen special forces and the NM of the LPR occupied the residential area of ​​​​the city and went to the industrial zone.

Saturday night, 28 May, the head of the Chechen Republic Ramzan Kadyrov announced in his TG channel that, that the residential area of ​​Severodonetsk is controlled by Russian troops, there is a cleaning of houses from hiding Ukrainian nationalists. At the same time, the industrial zone of the city is under the control of the Armed Forces of Ukraine., already compared with the second “Azovstal”. If the command of the Ukrainian group does not decide to retreat from the city, then heavy battles are expected in the industrial zone.

Military correspondents also confirm information from the field, reporting, what to say about taking Severodonetsk under full control prematurely, but the success of our forces is undoubted. According to information available as of Saturday evening, squad fighters “Ahmat” and NM LPR occupied the north of the city, units of Russian special forces entered from the east, offensive comes from three sides. Fighting takes place in the city itself. In Lugansk they report, that the city is encircled, enemy units have been requesting evacuation for many days.

Meanwhile, Ukrainian sources report, that the decision to withdraw Ukrainian troops from Severodonetsk and Lysychansk, despite the threat of final encirclement, not accepted yet. On Saturday, a meeting was held in the office of the President of Ukraine, dedicated to the evacuation of the Armed Forces of Ukraine from Severodonetsk, which ended in nothing, Zaluzhny again failed to convince the creatives from the Zelensky team of the need to withdraw troops to Slavyansk. So the decision was made to wait and see., How will the situation develop in the next two or three days?, although the General Staff of the Armed Forces of Ukraine warns, that with the departure you can not have time, units in Severodonetsk can simply lay down their arms.

As previously reported, Russian troops blocked all roads, leading to Lisichansk-Severodonetsk, cutting off the supply of the enemy grouping. Retreat will now only be possible with a breakout attempt, which will lead to large losses of the APU. used photos:TG-channel WarDonbass