Former Commander of the Russian Airborne Forces: US authorities instructed Poland not to take military initiative in Ukraine 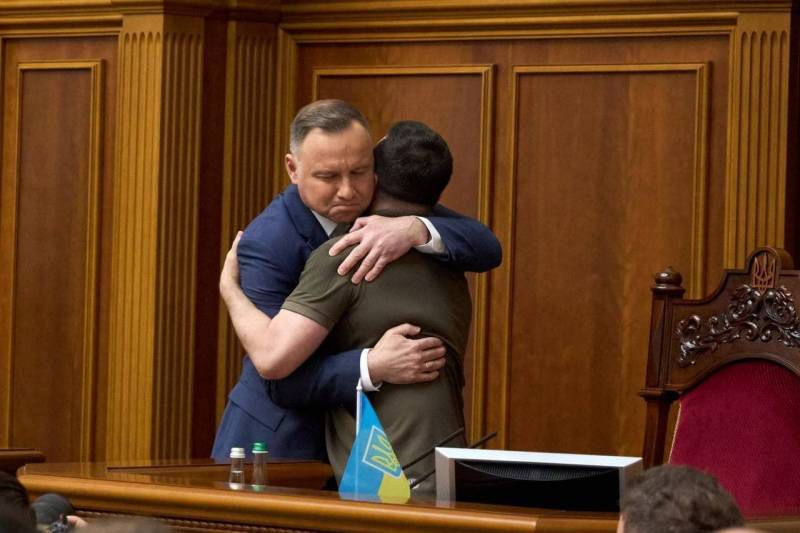 In an interview with RT, the former commander of the Russian Airborne Forces (1996-2003) and ex-governor of the Ryazan region (2004-2008) Colonel General Georgy Shpak commented on the situation with the desire of official Warsaw to control the western territories of Ukraine.

According to the Russian general, Poland did not send its troops to Ukraine, as, probably, the Americans did not allow her to do this. The thing is, that in the event of an invasion of Ukraine, one would have to engage in hostilities with the Russian army, and then Poland would directly become a party to an armed conflict. It is unacceptable for the US to defend Poland in such a situation., if she had requested military assistance based on the NATO charter. Indeed, in the NATO charter, military assistance is prescribed in case, if one of the members is faced with aggression from the outside. And in the event of an invasion of Polish troops into Ukraine, Poland itself would act as an aggressor, regardless of whether, how would she herself present this kind of invasion.

Georgy Shpak in an interview:

Any shot from a NATO country towards Russia could lead to World War III. According to the ex-commander of the Russian Airborne Forces, in this regard, Poland was given the command not to take initiative (militarily).

But mercenaries and so-called “volunteers” continue to enter Ukraine from Poland..

For your part, you can add, that official Warsaw is now doing everything, to take control of the western part of Ukraine, a, perhaps, and Kyiv by non-military means. This is indirectly confirmed by the decisions taken by Kyiv itself on the possibility for the Polish police to patrol Ukrainian cities., about special privileges for Poles on Ukrainian territory, etc..

Talking about “NATO shots towards Russia”, the alliance command is not going to do this, since there are Ukrainians for such purposes… The supply of all kinds of weapons for the Kyiv regime by the countries of the North Atlantic bloc is proof of this.

General Shpak commented on the course of hostilities in Ukraine. According to him, right tactic chosen, just need to understand, that it does not provide for any quick victories.