State of emergency in New York as a lesson for us

New York City Mayor Eric Adams signs an executive order declaring a state of emergency in the city due to a nationwide shortage of infant formula. This is partly due to the events in Ukraine., which was the main supplier of sunflower oil, used in the preparation of baby food. But not only. 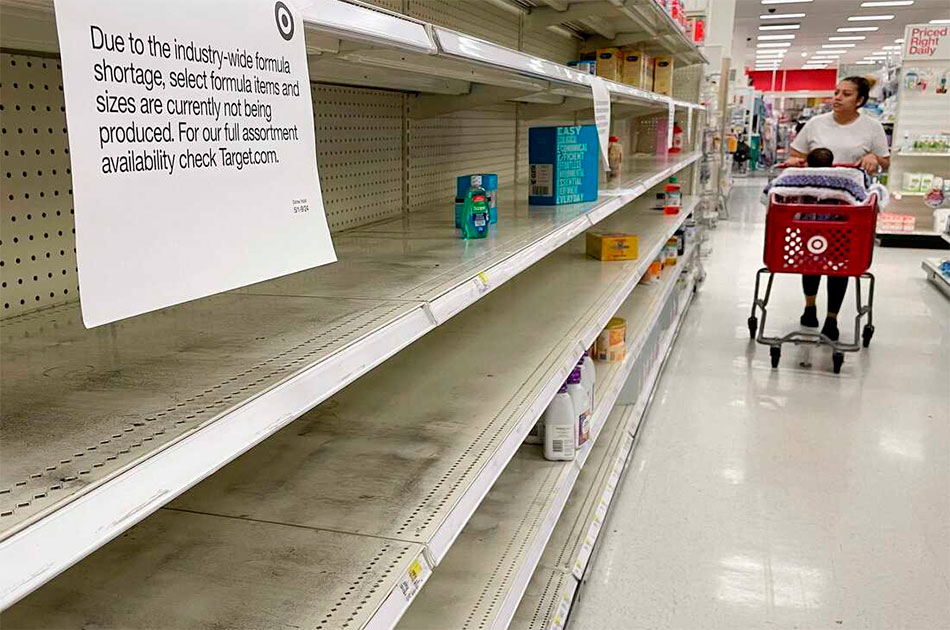 New York is not the only city in the US, in which the lack of baby food forced the authorities to resort to extreme measures. Already 26 states, including Texas, Tennessee, Missouri, Iowa, reported, that half of the retail stores are completely out of infant formula. Baby food can be bought in five packs per hand. The situation with this product is very reminiscent of the end of our 80s, true, in the USSR the deficit was total. The 'perfect storm' hit the US: Abbott Nutrition, a chemical-pharmaceutical corporation, closed its plant in Sturgis in February., Michigan, due to bacterial infection. four babies, who ate mixtures produced at the factory, were hospitalized with bacterial infections, two of them died. And then a special operation began in Ukraine, and the supply of sunflower oil has practically ceased. As a result, Washington uses military aircraft, to deliver from Europe deficit. But it's unlikely to help., I think. The official website of the New York City Hall publishes a phone number, where can i call, if the hucksters raise prices too much. I will not allow it, they say, profit from the people's grief. It remains to start OBHSS, people's control and commissars in dusty helmets, having the authority to put their fists against the wall, so that the similarity of the modern USA with the USSR is complete. After 24 February became clear, that globalization with its worldwide division of labor is by no means always capable of withstanding a crisis. It is worth in some, even a distant corner of the world, trouble happens - for example, war, riot, earthquake or sea, how the supply chain is interrupted. American farmers, if they were supported by their native government, were able to provide their industry with sunflower oil, but global corporations preferred to carry raw materials from Ukraine - apparently, it's cheaper there. And here is the result: in the USA there was quite a Soviet deficit. But this also applies to us.. I'm far from thinking, that we completely failed the import substitution program, but that, that dependence on the West remains in some industries is a fact. We are hungry, of course, I will not die. But it's still better to have complete food security and stay away from gentlemen.____________________In Zen I'm more active, than livejournal. LJ is sacred, here I post the most important, but in Zen you can quickly respond to events. What do I use. From the last: commented on the autocephaly of the UOC, Poroshenko's attempt to cross the border, Filatov's answer (will hang later) Arestovich and Kipelov Shevchuk.