After the complete liberation of Krasny Liman, Russian troops pursued the enemy and reached the banks of the Seversky Donets 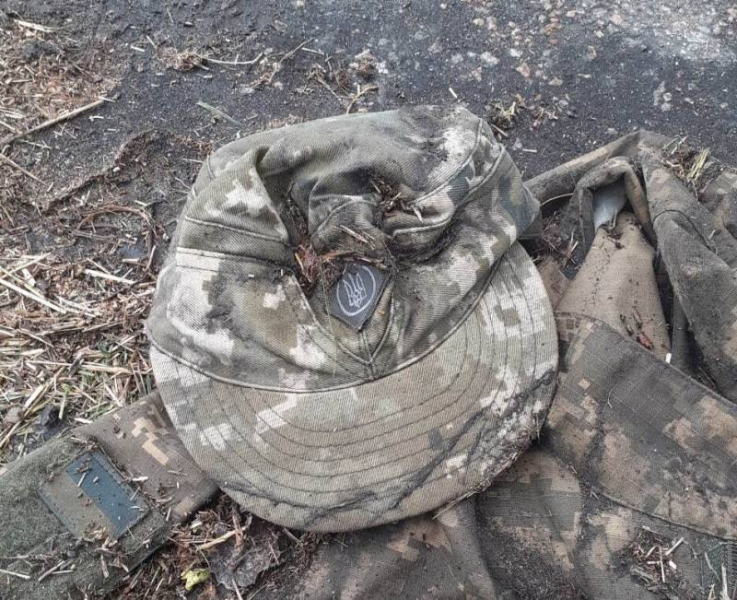 After the city of Krasny Liman came under the control of our troops, the offensive was continued in the direction of Slavyansk. Previously reported, that the surviving Ukrainian military fled in separate groups from Krasny Liman (Estuary) southwest, in the direction of the settlement Stary Karavan. Scattered by artillery and mortar strikes, the Ukrainian military tried to hide in the forest area of ​​the Holy Mountains National Park. Not everyone succeeded.

At the moment it becomes known, what, completely liberating the Red Estuary, The RF Armed Forces and units of the NM DPR moved south by about 7-8 km - to the banks of the Seversky Donets, having pursued the retreating Ukrainian units. This is already confirmed by Ukrainian maps, which indicate the territories of the opposing sides, where the territory of Liman and its southern environs to the depth indicated above is marked in red.

According to the latest data, advance detachments of Russian troops, after reaching the Seversky Donets from Krasny Liman, entrenched themselves at the turn, from which to the outskirts of Slavyansk no more 8-9 km. 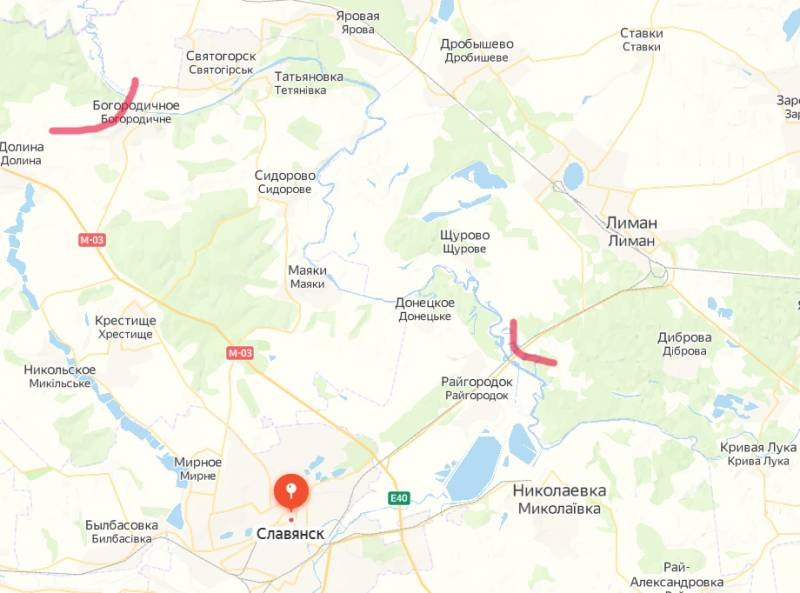 At the same time, the northern part of the operational "pincers" is already in the area of ​​u200bu200bthe settlement of Bogorodichnoye. It is about 5 km from Svyatogorsk and 16-17 km from the northern outskirts of Slavyansk.

Meanwhile, the offensive of our troops also continues in the Svetlodar direction. There are battles for the Uglegorsk hydroelectric power station, Mironovskaya TPP passed under control.