As it appears, The Central Bank declared war on Mishustin 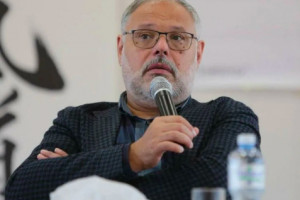 A photo:eer.ru And it is Mishustin, not the government, since at least one important member of the government, Finance Minister Siluanov, obviously in this war on the side of the Central Bank

This war started with, that Mishustin, who is responsible to the President of Russia for the development, I found, that he clearly lacks resources. It's clear, investment circuit in Russia blocked, in at least two out of three directions. Domestic private investment effectively prohibited by monetary policy, which provides for financial speculation a yield of at least interest on 15 higher, than for investments in the real sector (i.e, properly, investment).

Foreign investment, which previously went only to certain sectors of the economy, completely stopped due to sanctions. And only budgetary investments remained, the potential of which Mishustin has already used for almost 100%.

If not more (taking into account various public-private partnerships). As I described in the previous text, the government decided, which will slightly improve the situation by lowering the discount rate, but the Central Bank was silent at first, like a communist under interrogation, and then announced, what, may be (!), by the end of the year something will reduce, Or maybe – and there.

But such a passive action was not enough for the leadership of the monetary authorities.. Growth in world prices for raw materials provided a fairly high budget surplus, and the withdrawal of income from the Russian economy has stopped. Well, i.e, The Central Bank would continue to withdraw a potential development resource away from our economy, but here he was prevented by well-known political circumstances. Needed a more subtle move. And he found.

notoriously, that the devaluation of the ruble increases the budget surplus. For this reason, the Ministry of Finance has always strove to underestimate the ruble exchange rate - which provided additional income by the end of the year.. And then there is a chronic surplus, that can't even be rolled over to next year., since the treacherous Mishustin decided last year, that money should be spent "here and now"! I.e, you will not believe, direct them to investments!

The thought of this is so contrary to the logic of the monetary authorities of Russia (that is, the leadership of the Central Bank and the Ministry of Finance), that they came up with a wonderful move: need to revalue the ruble! That is, to increase its exchange rate against the dollar.

In theory, it might be useful for those, who buys the equipment (as its value in rubles falls), but taking into account the cost of capital, there are few such maniacs.

Money is only in the budget. But here the Central Bank begins to increase the exchange rate of the ruble and as a result, money from the budget will magically disappear. AND, may be, even, they are not even enough for all of Mishustin's already adopted investment plans, not that, what's new!

Generally, I would say, that the stubbornness of Nabiullina and Siluanov causes sincere admiration. But, in terms of political power, it's time to reason with the madmen, which purposefully do not allow our country to develop, nor private entrepreneurs, nor the state.

properly, if I were asked to qualify these actions, then I would call it undermining the foundations of the existing political system in the country. Well, or, simpler, would call them enemies of the people. But I am a private person, my opinion is irrelevant here.

But the Prosecutor's Office or the Investigative Committee (not to say, FSB Investigation Department) could ask about the situation. As they wrote in Soviet times, please consider my text as an appeal to the appropriate authorities.