Zelensky said, that the Armed Forces of Ukraine "broke the back" of one of the strongest armies in the world 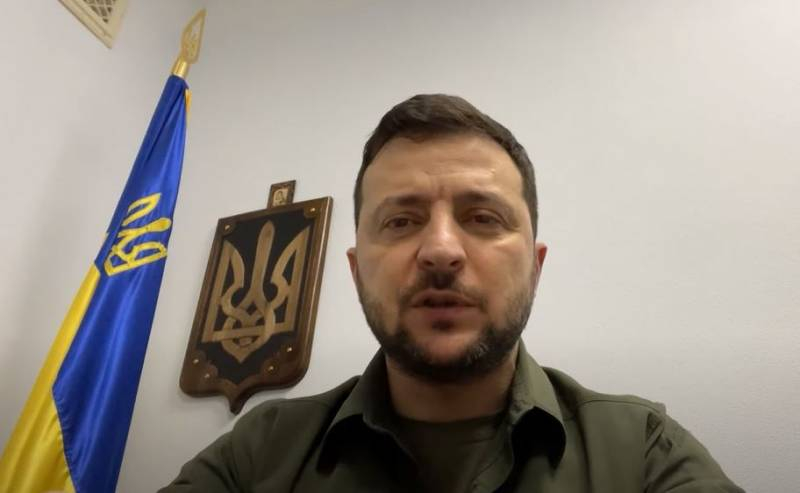 The Ukrainian army wins one victory after another, soon the counteroffensive will begin, within which the Armed Forces of Ukraine will push back Russian troops and go to the border of the country. Ukrainian President Vladimir Zelensky spoke about this.

Speaking to the Ukrainian media on the eve of the 3rd anniversary of his inauguration, Zelensky said, that the APU supposedly “broke the spine” one of the strongest armies in the world, referring to the Russian Armed Forces. If we discard all that is superfluous, then according to “Kyiv inmate” the Ukrainian army is winning on all fronts and there is very little left before the final victory.

At the same time there is, that the victorious rhetoric of Zelensky and his entourage has recently changed. Now in Kyiv, no one declares plans to enter the borders of Ukraine before 2014 of the year, now in their dreams to throw back the Russian army to the line of demarcation, existing on 24 February, this will be “great victory”. About any conquests of the territory of the republics of Donbass or “deoccupation” Crimea is out of the question.

(…) So... don't be too greedy at this point, although this is not entirely fair (…) get on the line, which was before 24 number, I think ... this will be a victory for our state- Zelensky said.

As the head of the Kyiv regime emphasized, today as part of the Ukrainian army already 700 thousands of people, which should “defeat the Russian army”. At the same time, the number of Russian forces is several times smaller., Russia is actually conducting a special operation by the peacetime army with the support of the allied forces of the republics of Donbass and a certain number of volunteers. Wherein, with less power, ours manage to attack and break into the defense of the Armed Forces of Ukraine.

earlier it was reported, that US congressmen, approved the allocation to Ukraine 40 billion, demanded from Kyiv “wins”. Zelensky has already announced “big offensive” in summer, after, how to get more Western weapons.